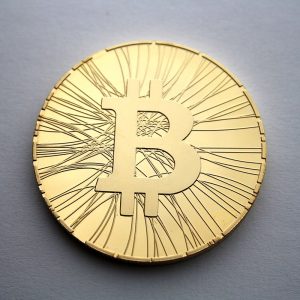 Russian President Vladimir Putin seems to have gotten Bitcoin religion. Earlier in the year, Putin met with Ethereum founder Vitalik Buterin on the sideline of the St. Petersburg Economic Forum and has offered his support for efforts to develop blockchain technologies for the Russian economy.

In addition, an internet advisor to Putin who co-owns the company Russian Miner Coin, is planning to raise $100 million to invest in Bitcoin mining, with the goal of capturing 30% of the coins available. The Kremlin may see Bitcoin as a new reserve currency. RMC will take Bitcoin or Etherium and inturn issue tokens which will receive 18% of revenue earned, reports Bloomberg.

“RMC plans to use semiconductor chips designed in Russia for use in satellites to minimize power consumption in computers for crypto-mining, Putin’s internet ombudsman, Dmitry Marinichev, said at at a news conference in Moscow. “Russia has the potential to reach up to 30 percent share in global cryptocurrency mining in the future,” Marinichev said, adding that $10 million from the proceeds of the ICO may be spent developing the processors.” writes Bloomberg.

Many Eastern European nations have begun to incorporate blockchain technology into government operations. Ukraine and Georgia have already announced plans to do so.

Russia will have an edge against China in the mining operation due to its low cost power supply and advanced chip designs with low power consumption developed for its space program.