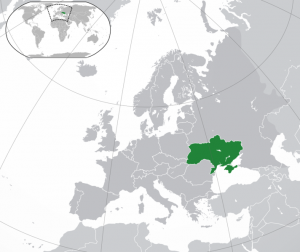 Alexander Zakharchenko, the leader of the Donetsk People’s Republic, or DPR, announced on Russian television today that the Donetsk and Luhansk regions of Donbass, as well as other ares of the former Soviet republic of Ukraine, would form a new state called Malorossiya, or ‘Little Russia,’ which the Ukrainian region had been referred to in the past, during imperial times.

The announcement, seemingly with the backing of the Kremlin as it was declared across Russian media, most likely is a negotiation tactic with Moscow reminding The White House how it can cause trouble in the are if they do not get what they want in negotiations over diplomatic compounds being returned and sanctions removed. The move could also be pressure to achieve Russian goals in talks regarding prior Minsk agreements.

“We believe that the Ukrainian state as it was cannot be restored…We, representatives of the regions of the former Ukraine, excluding Crimea, proclaim the creation of a new state which is a successor to Ukraine,” reported Russian state news agency TASS.

Separatist leaders in Luhansk, however, later denied that they were part of the deal. Local news website Luhansk Information Center quoted rebel representative Vladimir Degtyarenko as saying they had not been informed of the plans and have “great doubts about the expediency of such a step,” reported Canadian Press.

Ukrainian President Petro Poroshenko reacted angrily to the announcement, “You should understand that Zakharchenko and (rebel leader) Plotnitsky are not political actors,” he said, dismissing them as “puppets” whose only job is to voice “the messages they receive from Russia.”