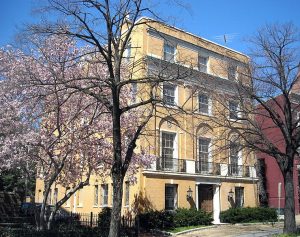 Russia and the Trump administration traded comments over the ‘dacha’ issue over the last few days in the press. The Obama administration seized the diplomatic compounds as punishment for Russia’s ‘interference’ in the 2016 election. There was no mention by Obama at the time, of Hillary Clinton’s ‘interference’ in the 2012 Russian election, when she was secretary of state.

The Trump administration has been vocal about wanting to improve relations with Russia and work together where the two nations can do so, such as fighting terrorism.

“It appears that the Russian side has no choice, it is time to retaliate,” the chairman of Russia’s Federation Council’s foreign affairs committee discussed with Russian international news outlet Sputnik.

Russia is voicing public frustration about the issue not being resolved. For its part, the Trump administration is expecting something in return from the Kremlin to return the facilities. Negotiations are ongoing.

White House advisor, Dr. Sebastion Gorka, said the following on the 13th of July, “We want to give collaboration and cooperation a chance…If we see good faith, remember more than 400,000 people have been killed in Syria. That is horrific. If we can see acts of good faith come out of the Kremlin with regards to things such as a cease-fire, then perhaps there is a chance for what [Secretary of State] Rex Tillerson wants to see happen, which is an improvement in relations between our two capitals.”

While it is highly likely Russia did attempt to interfere in the U.S. 2016 elections, it is a fact of life that the United States as well as other nations do so as well. The Obama administration has been highly active, with the support of George Soros, in Eastern European elections just last year.

Perhaps it is time to move on in the Russian, American diplomatic relationship and find common ground, holding both sides accountable.