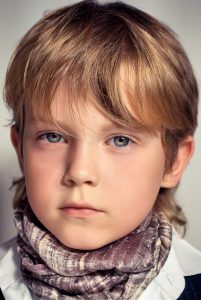 Russia banned adoption of Russian children by Americans in 2012. The measure harmed many American families and destroyed dreams but also hurt many Russian children who were not given the chance for a home. In essence, the ban coincided with Russian President Putin’s turn away from the West and was one of the first signs of the changes to come from the Kremlin. Sending tens of thousands of Russian children to live in the West did not sit well with Moscow and Putin used American legislation against perceived Russian human rights abuses as a chance to shut down the flow of Russian children to the West.

At the time of the law’s passage, tens of thousands of Russians protested in Moscow and across the country in other cities. The measure remains extremely unpopular among those involved in the adoption process or who work in the orphanages across Russia.

There have been reports that the Kremlin was ready to ‘begin dialogue‘ on the issue. This hope came after the Trump administration came into power, which Moscow perceived may be open to a more constructive relationship.

However, since tensions have not decreased so far during the Trump presidency, in fact may have even grown worse, especially in Syria, and Ukraine, those involved in the issue see little chance the problem may be resolved anytime soon.

The meeting between Russian nationals and Donald Trump Jr, over possible opposition research on Hillary Clinton, initially described as a meeting regarding the adoption issue, has thrown even more negative light on the subject.

“Because Russia is so much in the news, it’s now made lifting the ban even more awkward and difficult,” Chuck Johnson, CEO of the National Council for Adoption said. “You’d have Democrats and the hawkish Republicans who would see it as further collusion.”

The ban has had “disastrous results” for orphans in Russia, said Johnson, a leading advocate of international adoption, reported Associated Press.