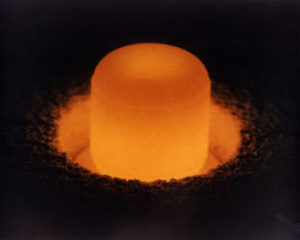 Russian President Vladimir Putin signed a decree which unilaterally suspended a deal in place with the United States since 2000 which called for the destruction of 34 tons of weapons-grade plutonium on both sides. Today, in a bill submitted to the lower house of the Russian parliament, the Duma, the Kremlin outlined the conditions upon which they would cancel the suspension and resume uranium destruction, reports Russian state news agency TASS.

These terms stipulate the U.S. cancels the Magnitsky Act, lifts all anti-Russian sanctions and compensates for them, and also cuts its military infrastructure in NATO countries. TASS reported on the bill as follows:

“Reducing the military infrastructure and the numerical strength of the US contingent based on the territories of the NATO member states, which joined the alliance after September 1, 2000, to the level, at which they stayed on the day the Agreement and the protocols to the Agreement entered into force.”

The second condition stipulated in the draft law is that the United States should give up unfriendly policy towards Russia by “cancelling the US 2012 Act [the Magnitsky Act] and the provisions of the US 2014 Act on the support of Ukraine’s freedom aimed against Russia,” “cancelling all sanctions imposed by the United States on specific Russian regions, Russian legal entities and private individuals,” and also by “compensating for the damage sustained by Russia as a result of the imposition of the sanctions, including the losses from the imposition of counter-sanctions against the USA,” the bill says.

The third condition is that “the United States should provide a clearly-expressed plan of the irreversible disposal of plutonium falling under the effect of the Agreement,” the bill says.

As the explanatory note to the bill says, “during the period after the Agreement and the protocols to it entered into force, the United States took a number of steps leading to a radical change of the situation in the sphere of strategic stability.

“Under the pretext of the crisis in Ukraine, the United States is building up its presence in Eastern Europe, including in the states admitted to NATO after 2000 – the year when the Agreement was concluded,” the accompanying documents say.

In particular, six new advanced troop control posts were deployed in Bulgaria, Latvia, Lithuania, Poland, Romania and Estonia. Their basis task is to ensure the quick re-deployment of large NATO contingents to Eastern Europe in case that a relevant decision is made.

In addition to its actions aimed at changing the military and strategic balance, the United States is taking measures to shatter Russia’s economy and violate the rights of Russian citizens, the explanatory note says.
“In particular, the United States passed the so-called Sergei Magnitsky Act in 2012, under which Washington openly came up in defense of economic crime in Russia and in 2014 it adopted a law on the support of Ukraine’s freedom, permitting interference into the affairs of our country. Also, in 2014 the United States imposed sanctions against Russia, its separate regions, legal entities and private individuals,” the documents say.

“Considering that the actions taken by the United States have caused a radical change of the circumstances that existed at the time the Agreement and the protocols to it were concluded, the Agreement’s suspension is Russia’s counter-measure and does not contradict the 1969 Vienna Convention on the Law of Treaties. At the same time, plutonium falling under the effect of the Agreement remains outside nuclear weapons-grade activity, which testifies to Russia’s commitment to limit nuclear armaments,” the explanatory note says.

The bill’s developers also note that “the United States has been making attempts lately to revise the strategy of plutonium disposal prescribed in the protocol of April 13, 2010 and change the method of its disposal.”
“At the same time, the US side plans to dispose of plutonium by way of its burial instead of its irradiation as is stipulated by the above protocol. Back at the stage of the agreement’s preparation, Russian specialists objected to such an approach because the irreversibility of the disposal is not ensured in this case,” the accompanying documents say.