It has been reported that one of administrators famous suicide game – BLUE Whale, Iliya Sidorov, has been detained.

According to Mail Online, Sidorov was filmed sobbing as police interrogated about how he instructed a school girl to “jump under a metro train”. He was arrested and taken to Chelyabinsk region in the Urals on the charges that he encouraged a 13-year-old girl to kill herself.

What is BLUE Whale?

But on the 50th day, the controlling manipulators behind the game reportedly instruct the youngsters to commit suicide.

Blue Whale plants the seed of suicidal thoughts into the minds of young people with pictures of an approaching train captioned, “This world is not for us” and photographs of teens on a roof, claiming “We are children of the dead generation”.

The game was spotlighted after two teenage friends, 15-year-old Yulia Konstantinova, and 16-year-old Veronika Volkova, committed suicide in Krasnoyarsk, a city east of Moscow in February this year. They had jumped from the roof of an apartment

“We have counted 130 suicides of children that took place between November 2015 to April 2016. Almost all these children were members of the same internet groups and lived in good, happy families.

We know absolutely for sure is that adults are working with children, with the help of knowledge of their habits and passions, using their favorite language and culture.

They know psychology well, they convince girls that they are “fat”, tell boys that they are “losers” in this world. And that there is another world and they will be among the chosen.”

There are growing fears over the dangers posed by the online groups, linked to what is known as the “Blue Whale” challenge, even though there have been no confirmed reports linking the game directly to suicides.

So-called “Blue Whale” groups have been reported in a number of countries including Russia, Ukraine, Portugal, Spain, Britain and France. 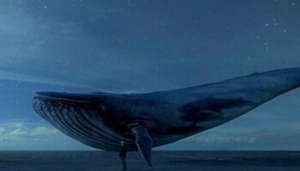 Ever Seen Fireball Lightning In Siberia?