There’s no denying it, folks, the Tree Of Life massacre was America’s first anti-Semitic pogrom. Sure, there was no enraged mob of Ukrainian peasants armed with axes, just a loner with several firearms, but it is a difference in style, not substance. Late 19th century and early 20th century pogroms on the outskirts of the Russian Empire where large numbers of Jews resided beyond the so called “Bale of Settlement”, established in the waning days of the 18th century by the Russian empress of German origin Catherine II (the Great) happened for two reasons: resources were scarce and (in the Gentiles’ view) unevenly distributed between them and their Jewish neighbors, and violent rioting against Jews rarely led to any adverse consequences. It most certainly was illegal to attack Jews in the Russian Empire; it was simply a matter of selective enforcement, of prosecutorial discretion, if you like.

Were the scarce resources in the little towns and villages across the Ukraine, Moldavia, Belarus, and Eastern Poland unevenly distributed between their Jewish and Gentile populations? While most Jews were quite poor, the answer, on a per capita basis is affirmative. As percentage of their fraction of the total population Jews had among them more small business owners, more professional elites, more estate managers for noble absentee owners, and more artisans, all of which carried greater financial rewards, on average, than farming, which was the prevalent source of income for the Gentiles. It matters not what were the reasons for this imbalance. There were many. Catherine established the Bale of Settlement precisely because she was both aware of and scared of the Jewish penchant for occupying high-level positions in the legal and financial professions in the big metropolitan centers, a penchant that was just beginning to self-actualize in the cities of Western Europe, particularly her native Germany, then a loose assemblage of dukedoms and principalities. Fearing that Russia with its entrenched traditionalism and deeply rooted Orthodox Christianity was not ready for that kind of cultural enrichment, Catherine forbade Jewish settlement in the major cities, leaving Jews only the periphery of her empire in which to try and flourish, thus concentrating their influence in the small towns along the Western frontier. Like all frontiers, law and order in these areas was less established than it might have been closer to the center, a factor that facilitated the lawless environment needed for pogroms to occur. Additionally, Jews were prohibited from owning farmland, which needless to say, discouraged them from picking up farming as a source of income. Finally, the much higher literacy rates among Jews, stemming from the fact that all Jewish boys started learning in small schools called the “cheider” (literally: room) at the tender age of three so they could fluently read the Torah in the original Hebrew by the age of thirteen, meant that Jews, at least Jewish males, where much better suited to professions that required literacy and numeracy than their Gentile neighbors. 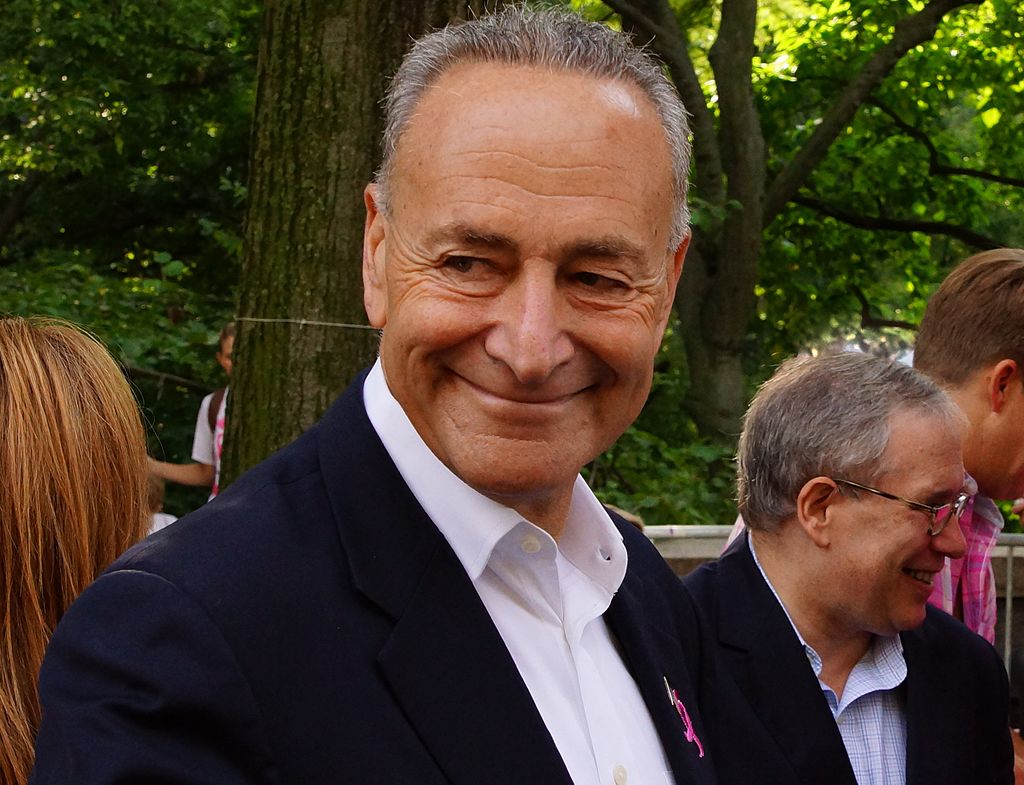 During the waning decades of the 19th century and the first decade of the 20th, the Russian Empire was plunging deeper and deeper into a financial, military, and political crisis, one that finally culminated in the fall of the Romanov Dynasty followed by the Bolshevik coup of 1917, and a bloody civil war. As the crisis worsened, the larger cities, the cities in which the Jews were prohibited from settling were insulated from its worse manifestations, while the periphery were Jews were plentiful suffered its worst effects. As the Gentile population was progressively more stressed and as law and order deteriorated, it struck out against the Jewish population, often with deadly consequences. Modern historiography fails to ascribe to these events, collectively known by the Russian name “pogroms”, their rightful place in shaping the world we live in today. In fact, they played a determinative role, a primary role, even a supreme one. The pogroms simultaneously gave rise to the American Jewry, which came to being from the flow of refugees fleeing their unchecked violence, and to the Zionist movement that understood the unsustainability of a Jewish population exceeding ten million living as a foreign supra-national entity in the heart of the least politically stable and the most impoverished area in Europe. The founders of the Zionist movement understood that something like the Holocaust was a foregone conclusion if nothing was done; if European Jewry had nowhere safe to go. They were, alas, as prescient as they were late. European Jewry was annihilated by Nazi Germany between 1941 and 1945, whereas the safe haven that was being prepared for it in its ancestral homeland of Israel was only ready in 1948.

Eastern European pogroms gave us the trifecta of the Holocaust, the State of Israel, and Mark Zuckerberg: the three things that most define the world we live in today. Without them, Hitler would not have had the certainty that mass murder of Jews in Eastern Europe was feasible. Without them, there would have been no Zionism and no Jewish independence in the Holy Land for the first time in nearly two millennia. Without them, there would be no American Jewry as we know it today, as by far the most influential ethno-religious group in the United States in all areas of human endeavor, be it law, finance, technology, medicine, academia, the arts, or politics. 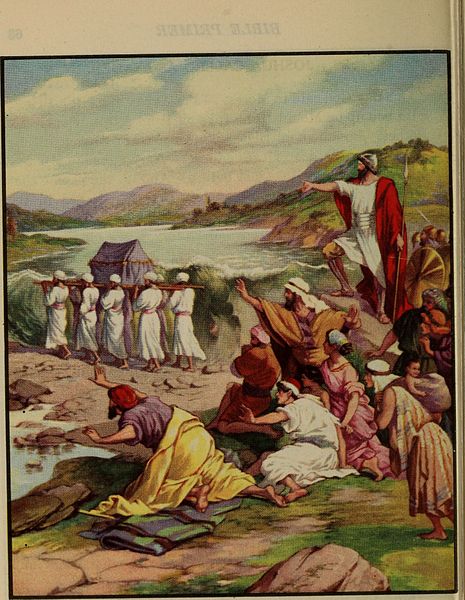 My friend and editor at Tsarizm, L. Todd Wood suggested to me just very recently that American Jewry is becoming the Lost Tribe of Israel. It is an interesting thought. The modern reality we now occupy, the one set in motion by these century and a half old pogroms, had a profound effect not only on the world at large, but, not surprisingly, on the Jews themselves. I would argue that it had split us into three distinct tribes. One is the tribe of ultra-orthodox Jewry. Regardless if they are in Brooklyn Heights, New York or in B’nei Brak, Israel, they form a closely knit community, a community of complete ethnic and religious purity, the only community which still preserves the mame-lushn, the Yiddish language as a living thriving tongue. The other tribe are Israeli Jews, including their diaspora in places like Boston, Miami, New York, LA, and even Berlin. These are Jews who have little experience with personal anti-Semitic bigotry, though they are well-aware of organized political opposition to Jews as actors on the world stage. These are also Jews, who unlike the other two tribes have no fear or firearms; in fact they are well-versed in their use, both defensively and offensively. Finally, this is a tribe that assigns equal weights to the ethnic and religious manifestations of one’s Jewishness. The third and final tribe is the tribe of American Jews, particularly those among them who are either non-religious or follow the Reformed or Conservative denominations of Judaism, denominations that exist, substantially, only in America and which were created to specifically serve the needs of American Jewry.

Numerically, of the three tribes, the ultra-orthodox one is the least significant, making up maybe 10% of the worldwide Jewish population. The remaining 90%, it would appear, are now fairly equally split between the Israeli and American tribes. This will not last. The American tribe is rapidly disappearing. Over-emphasizing the religious aspect of being Jewish, this tribe then adheres to the “lite” versions of Judaism that condone if not in fact encourage mixed marriages. Adhering to the globalist, post-national, post-ethnic policies of the globalist elites, this tribe undermines and effaces its own identity and places itself completely at odds with the two other tribes, and particularly with the highly nationalist and ethnocentric Israelis. Combine the high inter-marriage rates among secular American Jewry with their unsustainably low birthrates, birthrates that are commensurate with those among other educated elites, and the demographic survival picture for this particular tribe looks bleak indeed. They are well on their way to becoming the eleventh lost tribe of Israel. 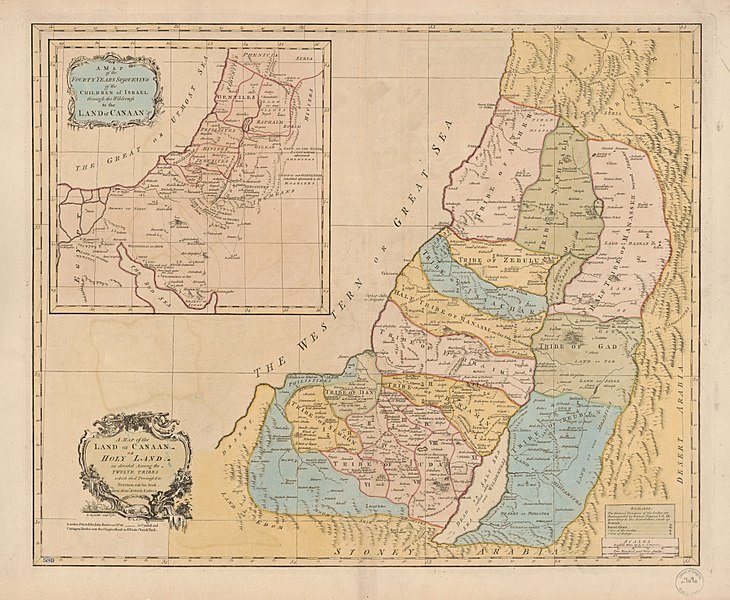 A map of the Land of Canaan or Holy Land, as divided among the twelve tribes which God promised to Abraham and his seed

There is high irony in the fact that the globalist supra-national policies espoused and championed in America by the Jewish-American tribe have fostered in its precisely the kind of conditions that gave rise to Eastern European pogroms. These policies, of this there can be no doubt, vastly enriched the American ruling classes, classes in which Jews are over-represented by more than a factor of ten as compared to their share of the American population at large. Worse, this enrichment came almost exclusively at the expense of the American working class, a class in which American Jews are as vastly under-represented as they are over-represented among the elites. There can be no doubt that no American globalist Jew, be their name Zuckerberg, or Schumer, or Weinstein, set out to purposefully disenfranchise and impoverish the American working classes. To them, this was (and is) an unsavory side-effect, a price worth paying for attaining a more secure and just world. And yet, the question may well be asked: would they have felt the same way had their own tribe not been so well insulated from the deleterious side-effects of their policies? Had one quarter of the steel workers in Western Pennsylvania been Jewish, would the Jewish elites have been quite as keen to decimate the America steel industry to build up China and integrate it into the globalist world order?

This question may well be asked, but it wasn’t, it isn’t, and it is in fact anathema to American Jewry. It is the kind of question that can, should it ever be raised in public at a poolside gathering in a wealthy suburban Jewish Community Center, get one’s membership revoked for life. This is unfortunate. Those folks enjoying the beautiful facilities in the Newton, Massachusetts, JCC, enjoyment for which they fork out two or three grand a year, the same folks who will soon drive their BMW’s and Mercedes-Benz’s to the local Whole Foods, would do well to remember their great-grand-parents who fled, barely clinging to their knapsacks and their very souls, from the smoldering embers of their shtetls in the Carpathian Mountains to Ellis Island where the first face they saw was that of an Irish working class American. It was that same low wage earning working class guy who looked at them with pity and compassion, who stamped their passports, and who carefully spelled their names: Weinstein, Zuckerberg, Schumer.

Trump And Putin Will Meet On Sidelines Of G20 In Argentina