“The Fall of the Alamo“ or “Crockett’s Last Stand“

Semitic languages like Hebrew and Arabic are built around three letter roots from which nearly all words, be they nouns, verbs, and even adjectives and adverbs derive. Depending on the usage, the various meanings of the same root can significantly vary, but often a transcendent connection in the deeper meaning behind each word is maintained.

Consider for example the common Semitic root S-L-M. These three letters form the Hebrew “shalom” and the Arabic “salaam”, both denoting peace. The word “shalem” in Hebrew means “whole” or complete. “Mooshlam” is perfect. “Hashlamah” is acquiescence. The Arabic “islam” is, just like “hashlamah”, acquiescence or submission. When someone submits to his or her fate, the Hebrew language uses the verb “lehashleem”; to submit, to acquiesce. This word is the diametric opposite to the concepts of struggle, fight, to standing up for one’s rights. It is a meek word; a loser word.

Semitic languages, among the oldest written languages on Earth and the first, be it Canaanite, Phoenician, or Hebrew, to be written in the phonetic alphabet we all use today, tell us something transcendental about the human condition. What they tell us is that the beautiful word “peace” has much in common with its ugly first cousin, the shameful “submission”. 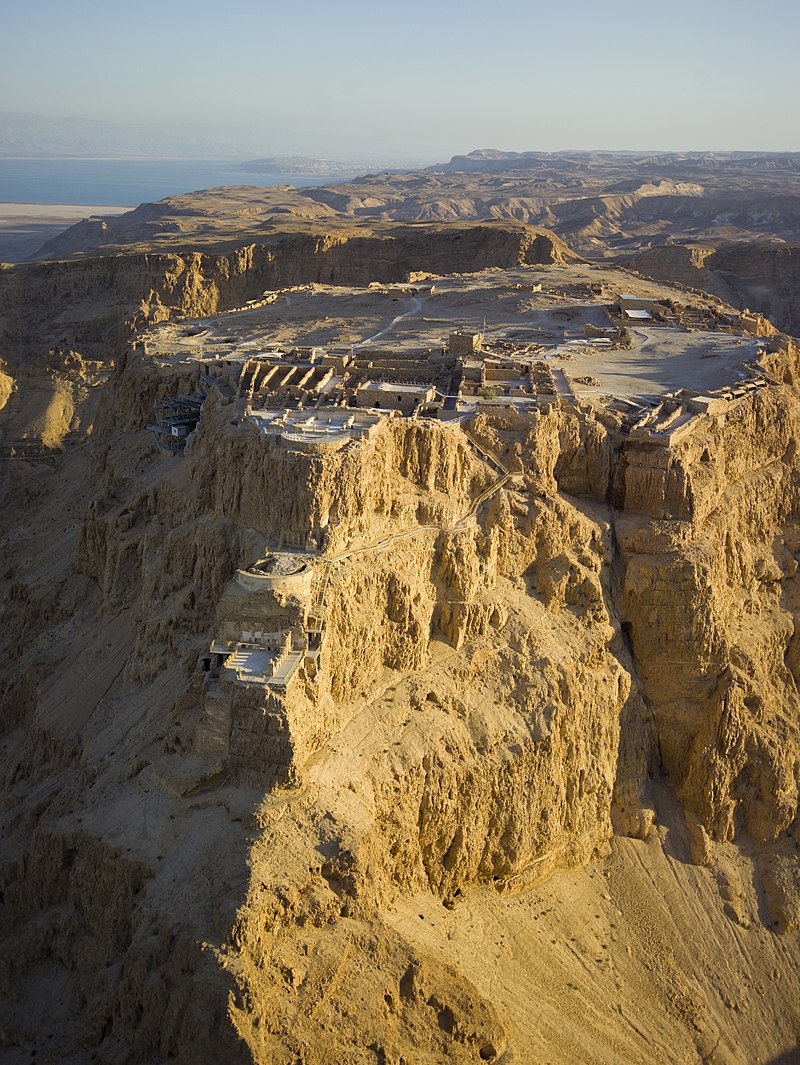 Image by Godot13
Aerial view of Masada (Hebrew מצדה), in the Judaean Desert (Hebrew: מִדְבַּר יְהוּדָה‎, Arabic: صحراء يهودا), with the Dead Sea in the distance.

Striving for peace at all costs, Semitic linguistics suggest, is not a high ideal; on the contrary, it is the path to submission and to slavery. Jesus, who spoke the Semitic languages of Hebrew and Aramaic, famously said “blessed are the peacemakers”. His fellow Judeans begged to disagree; they knew that the path to peace was only possible via submission and submission was not something they were willing to do.

The Hi-Tech Traditionalist: Freedom Has A Price Worth Paying, For The Few Willing To Pay It

Our Sages Of Blessed Memory, the leading rabbis of the period following the destruction by the Romans of the Second Temple in the aftermath of the Great Rebellion in 70 AD and the defeat of the Bar Kochba rebellion sixty years later, events that led to the exile of very nearly all Jews from Judea, unanimously decreed that these acts of defiance by a small people against the sole superpower of their day were misguided if not outright suicidal. This view is still prevalent in Israel today and is part of the established history taught in Israel’s public school system.

In the movie “The Darkest Hour”, Winston Churchill, brilliantly played by Gary Oldman, upon being asked by King Edward what he thought should be done when facing certain defeat at the hands of the Germans, when the only two options seemingly available were surrender disguised as peace negotiations or a fight to the bitter end, a fight that had no apparent chance of success, remarked that nations which go down fighting may yet recover, while those that practice “islam”, submission, perish forever into the mists of history with no chance of making a comeback on the world stage.

In his famous “we will fight on the beaches” speech in the British House of Commons, Churchill allowed for the possibility that the British Islands will be conquered and occupied by Germany and the British elites would have to be exiled in places like Canada and Australia to continue the struggle until they are ready to free their homeland from her occupiers. In other words, he was willing to accept the possibility of Judean-like exile as the price of non-submission.

And isn’t that what the warrior Bar Kochba and his spiritual mentor Rabbi Akiva did? Rather than submit, they chose to fight. Unless we are willing to assume that they were uninformed about the nature and the power of the Roman Empire, we should fully accept that they knew they would be defeated. But they knew plenty about Rome. By the time of their rebellion, Judea had been a Roman province for almost two centuries. Their grandfathers fought in the Great Revolt. No, they knew exactly what they were doing and whom they were going to war against. I also reject the notion that they were religious fanatics who expected the Lord of Hosts to give them supernatural assistance as He did to Moses. They knew full well that they were on their own and that they would lose. They did it anyway. Bar Kochba’s memory was besmirched in the annals of Jewish history and Rabbi Akiva, one of the greatest sages of all times, got an asterisk after his name for his support of the rebellion. Both are unjust. In their final act of defiance, in choosing to refuse to submit to what they perceived as evil godless paganism and oppression, rather than harm the Jewish nation, they PRESERVED it, they SAVED it from oblivion for millennia to come. There is no doubt in my mind that had the Jews not revolted against the Romans, Judea and its aboriginal people, the Jews, would have been lost to history, just like all of the other small nations then occupying the Mediterranean basin. There would be no Masada with its heroic last stand to the death, no history of heroism and defiance on which to revive Jewish independence in our homeland. I would not be Jewish, which is the same as saying I would not exist at all, had my forefathers chosen submission over rebellion, life temporal over life eternal, peace over war. 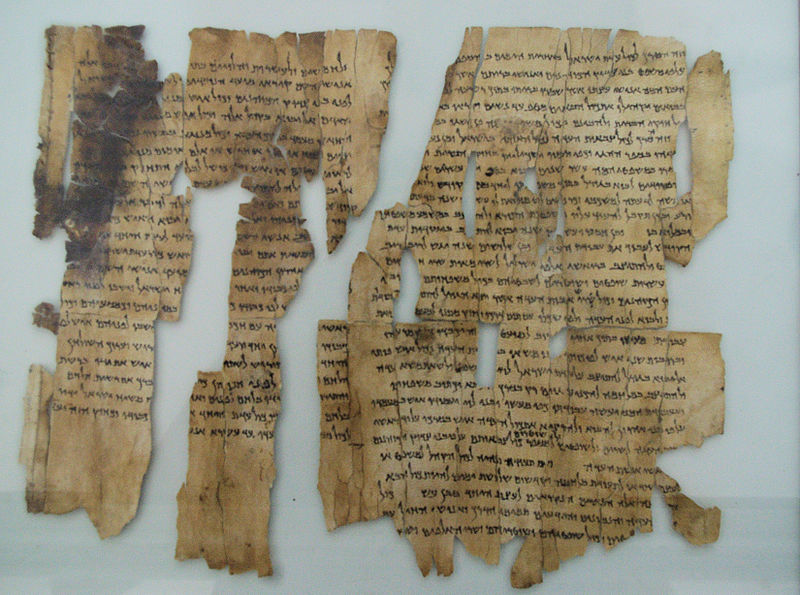 Image by Ken and Nyetta
The so-called “Dead Sea Scrolls” are a set of ancient Jewish/Biblical documents discovered on the northwest shore of the Dead Sea between 1946 and 1956. Most are in Israel today, but this (and others) are in Jordan since borders have shifted over the years. Written in Hebrew, Aramaic and Greek, mostly on parchment, but with some written on papyrus and even copper, these manuscripts generally date between 150 BC and 70 AD. Many scholars believe they were buried just before the Romans put down the “Jewish rebellion” that ran from about 67 to 73 AD. The scrolls are traditionally identified with the ancient Jewish sect called the Essenes, but scholars debate that. In fact, many of the scrolls were declared “state secrets” when they were found. It is sort of strange to think that something written over 2,000 years ago could still represent a national security risk today.

We submit all the time, which is perfectly ok. If you serve in the military, you undertake to submit to lawful orders by your superiors. If you are a law abiding citizen of a country with a legitimate form of governance, it is moral and just to submit to the laws passed by your government. If you are in a relationship, it is a very good idea to submit to the will of your partner. What is not ok, what amounts to suicide of the spirit, is submitting to evil. The Torah teaches us that life is the second most precious thing. Not the first. There are clearly delineated instances in which struggle to the death is the only moral choice. It is better to die than to willingly submit to the effacement of one’s very identity, the Torah teaches us. It is better, in other words, to die than to live life as a slave. Live Free Or Die is not only a phrase from a New Hampshire license plate, it is a transcendental truth about the human species.

Peace is a good thing. It is also fleeting and unnatural for our species. There will always be those who want to take our possessions, enslave us or our loved ones, submit us to their will. The price of resisting is war. War, thus, is more righteous, more moral, and more lasting than peace. Peace on acceptable terms is nice. Peace that requires us to compromise our freedom and our identity is not peace, it is submission. It is not “salaam”, it is “islam”. This peace is in and of itself evil. It is also suicidal.

Megyn Kelly, having made an innocent remark, having stated her completely legitimate opinion (is there such a thing as an illegitimate opinion?) that wearing blackface for Halloween was ok, was asked to submit to the ritual of Sino-Soviet style public humiliation via tearful confession and repentance. Although a multimillionaire, although a free citizen of a country that has the most far-reaching protection of free speech anywhere, she chose to submit. Her choice was immoral, because she was asked to submit to evil. She was asked to recant a viewpoint to which she was perfectly entitled. She was asked to publicly lie to the American people by expressing fake repentance with the purpose of intimidating other Americans from voicing their own opinions. As it happened, AS IT ALWAYS HAPPENS, her choice to submit was not only immoral, it was also fatal to her own interests. By refusing to submit, by quitting, by walking out on her contract with NBC, Kelly would have been able to hold her head high; she would have become a folk legend. Instead, she was still let go, humiliated, irrelevant. She could have been Bar Kochba. Instead she was more like the countless leaders who chose submission; leaders whose names and whose nations are lost forever to the shifting sands of oblivion. 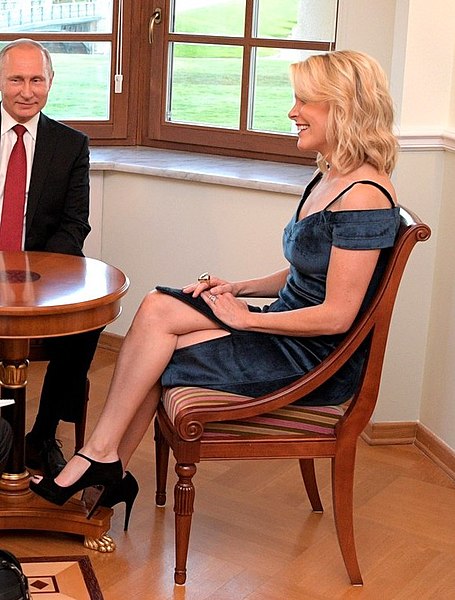 In our world today, there is a powerful coalition that requires that everyone submit to its will. It includes, as such coalitions always do, fanatics of both the atheist and the religious kind, totalitarian ideologues, and obscenely rich power grabbers. It includes hi-tech moguls and Chinese oligarchs both hell-bent on world domination, Iranian mullahs trying to hasten the coming of their genocidal messiah, and American “Democratic” politicians and media types who feed off of the excrement so plentifully found in the Islamo-Sino-Hi-Tech backwash. They threaten us every day with losing our livelihoods, destruction of our reputations, effacement of our ethnic and religious identities, and actual physical harm. They, like all forces of evil that came before them, require total submission, in exchange for which, a few crumbs, perhaps sufficient for maintaining life, will be doled out to us. But what kind of life would it be? What is life worth, if we cannot speak our minds in private or in public, if we cannot insist on maintaining our own ethnic and yes, tribal, identities, if we cannot honor our ancestors by following in their footsteps and displaying their statues in our public squares? It will be a sorry life, the life of slaves, a life not worth living. It will be peaceful as the life of caged hamster is peaceful. It will take away the one thing that makes us human; our divine souls.

Peace, like life itself, is not the ultimate ideal. Liberty is. We must never submit, never surrender to this new Roman Empire, this new Nazi Germany, the islamo-sino-globalist cabal. We must fight this new menace to the death; war is the only moral choice.