In the rest of the world, when a coup d’état fails, the coupetiers suffer unpleasant consequences. The ancien regime¸ not having been successfully defeated and feeling slightly miffed about the attempt to dethrone it, goes, to borrow a phrase from Pulp Fiction, medieval on their asses. In the rest of the world. In America, they get paying gigs on CNN and MSNBC.

The Hi-Tech Traditionalist: Democratic Socialism – The Sugary External Coating Of The Deadly Poison That Is Islamic Jihadism

In the rest of the world, just like in America, coups have useful idiots who do the grunt work for the real powers that be, the untouchable members of the global elites. In the rest of the world, these elites, not having bet on the winning horse, quietly retire to live out their lives in obscurity on private estates in small offshore islands. In America, Barack Hussein Obama and Hillary Rodham Clinton live in Kalorama and Westchester County and get standing ovations from their brainwashed cult members wherever they go.

In the rest of the world, coup leaders plot in sweaty basements and appear on television, like the leaders of the 1991 Russian coup deliciously named “State Committee on the State of Emergency”, with visible fear in their shifty little eyes. In America, failed coupetiers meet over Grey Goose martinis and dry aged beef at the Capital Grille and appear before congress and the nation in bespoke suits that no honest public servant could ever afford, condescending grins smeared all over their well-fed mugs, supreme self-confidence in their eyes. 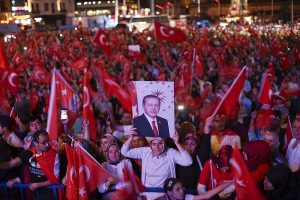 In the rest of the world just like in America, coups, like the Bolshevik one against the Russian Empire in 1917, always get external funding and support. After all the Lenin gang was completely financed by the Germans who hand-delivered the communist demagogue himself to the outskirts of St. Petersburgh in an unmarked sealed railcar. Except that in the rest of the world countries that aid in the overthrow of foreign governments are invariably hostile to these governments like Germany was to Russia in 1917 when they fought on opposite sides of the First World War. In the rest of the world. But not in America, where the overthrow of President Trump’s administration, duly elected by a near landslide in the properly constituted electoral college was aided and abetted by America’s closest NATO ally, Great Britain.

In the rest of the world, governments who are the subject of failed attempts to overthrow them, tend to have a jaundiced eye towards foreign actors who may have provided succor to those attempts. In America, President Trump cannot as much as offer mild criticism of British Prime Minister Theresa May in a newspaper interview without being pilloried by the press, May’s usage of MI6 resources to unseat him notwithstanding.

In the rest of the world, as part of the denouement of an unsuccessful coup attempt, the folks who supported the government may, sporadically, act out against those of their countrymen who supported the coup. In America, it is the failed coup supporters who are feeling entitled to riot and attack those Americans who lawfully elected Donald Trump using the most vile language and sometimes actual physical violence, all with the support and encouragement of the largest media organs. 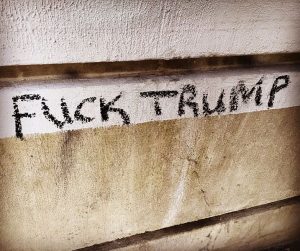 In the rest of the world, in the aftermath of a failed coup attempt the organs of law enforcement act swiftly and decisively to root out any bases of support that the coupetiers may have had inside the government bureaucracy. In America, the Departments of Justice and of State and the organs of state security that are subordinate to them, behave as if the coup had succeeded rather than failed, allowing the most egregious coupetiers from the lower ranks, the likes of McCabe, Strzok, and Page to peacefully retire or simply be demoted, while doing nothing to the coup leaders, the likes of Mueller and Comey.

In the rest of the world, failed coup attempts are followed by national cleansing and hardnosed review of what might have gone so terribly wrong, leading to contrition by the coupetiers and forgiveness by the rest. In America, coup supporters are unrepentant. They parade their arrogant hatred towards us, the deplorable Trump supporters more now that their nefarious plans have been exposed than ever before.

America, in its bicentennial plus history, has never had a coup attempt until the election of its 45th president, Donald Trump. The secession of the South, leading to the Civil War, was neither a coup nor a revolution, since the Confederacy did not seek to alter or affect how the Union conducted its business. On behalf of a dishonorable cause, the South acted honorably. In the aftermath of its defeat, it largely accepted the consequences of its actions, allowing the United States to live up to its full potential. 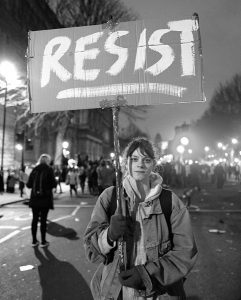 In contrast, the leaders, soldiers, and SUPPORTERS of the current uprising against the duly elected administration of President Trump are a collection of the sleaziest, most dishonorable personages that have ever defiled the surface of our planet. They will not desist until they lose their livelihoods, their TV gigs, their ability to show their smug mugs in public. There is a reason why America is so unique in its post-coup political landscape, and here it is: in the rest of the world, a coup d’état is over when the instigators of the coup publicly admit defeat and are punished for the attempt. Since neither of these conditions have yet been met in America, our coup is still ongoing and has by no means failed, no matter how much Trump supporters want to believe that it has.

People like Ulysses Grant well understood that the time to be magnanimous comes only after the utter defeat and humiliation of the enemy. Our enemy is by far worse, presents by far the larger danger to the union, and is by far better supported by America’s foreign enemies than the South had ever been, making their utter annihilation by far the greater priority and moral necessity. Trump supports would do well to ponder this truth rather than dismiss our enemies as a bunch of deep state caricatures. Our freedom depends on it.