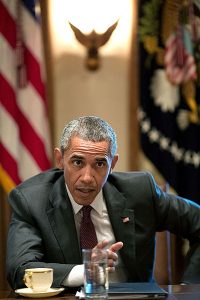 We all remember the schoolyard bully who terrorized you and your friends and that moment of truth when you had to fight him or her. Most likely, just the thought of someone standing up to them was enough to send them scurrying to find some other weaker friend to pick on. This is exactly the situation we find ourselves in when it comes to Iran.

There are some hard truths the world has to face. Thank God Donald Trump is doing it for those too weak in will power or too vested in getting paid by the mullahs.

Iran is an evil regime. George W. Bush got that right the first time. Iran was sanctioned heavily for a reason by world powers. Obama relieved those sanctions and now the bully is using all those billions to fund terrorism and militia armies all over the Middle East.

Bibi Netanyahu was right as well about the Iran ‘deal’. It simply gave the Islamic Republic a pathway to the bomb, delaying things for a few years, an acceptable offer for the mullah’s who wanted the cash. And Obama gave them the cash, plane loads of unmarked bill in the middle of the night. As Carl Sagan was famous for saying, “billions, and billions”.

But we all know the Obama administration was corrupt and traitorous. So what do we do about the situation?
Just exactly what President Donald Trump is doing. The same thing he is doing with North Korea — standing up to the bully.

Iran has stated repeatedly they want to destroy the Jewish State. For goodness sake, they write that on their ballistic missiles they routinely test.

Of course they were and are developing a nuclear weapons capability. They are liars.

Trump is right: The Iran deal is bad. Those still in favor are only worried about the economic ramifications and loss of Iranian contracts.

Someone has to look out for our national security. That is the one duty of our federal government outlined in the Constitution.

US Should Enjoy Dollar Hegemony, As It’s Not Going To Last Long