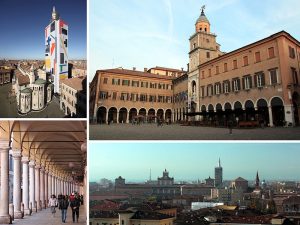 For Albanians, the proximity with Italy is not only geographical, it is a timeless love. This is understandable, as its roots date back to old times. Scanderbeg’s close relations with his Italian allies, especially Venice, then thousands of Arberesh, Scanderbeg’s descendants, who settled forever in Italy during the 15th century, and the 1920-30s, when Albania had an Italian Emperor and Italian influence prevailed in architecture and in the way of living, especially in the capital.

However, during the communist period, Italy became for Albanians the window to see the developed world and the arm to reach the West.

Many of you living in the Western world cannot understand fully what it meant to be shut off from whatever was real and happening around you. For Albanians, the main information source was Italy, through its RAI TV or its radio stations. Illegally, we could get in touch with the world’s news, films, music, culture, life, etc., by watching Italian TV.

So, it was logical that with the overthrow of the communist regime in the 90ies, many Albanians fled the country, immigrating to Italy. They settled there in the thousands, and despite sporadic cases of immigrants causing messy situations or unpleasant events, like happens anywhere, they fully integrated into Italian life, bringing better welfare even to their families in Albania. The love and admiration for the neighbouring country only grew and grew. 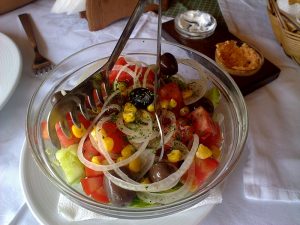 Now we come to the present….All this inspiration that made me write these lines, was due to two articles recently written in two prestigious Italian newspapers: the first, a 6-page article from L’Espresso – “Ciao mamma, vado in Albania” (Bye mom, I’m going to Albania); the second article from Corriere della Sera – “Tirana, colorita e complicata” (Tirana, colourful and complicated).

Both articles consider the Tirana of today “a dynamic capital city, referring to the new developments that have recently occurred by the hard work of its municipality led by Erion Veliaj as Mayor. Issues that have to do with cleaning, public transport, and drinking water are big challenges even for most developed cities in the world. With a budget of 100 million euros, equal to half of the budget of an average Italian commune, Tirana municipality offers services to nearly 1 million people. 70 new inhabitants come to Tirana daily – an ongoing injection of youth and talent”.

The article underlines that “Tirana’s Mayor Veliaj is committed to perform his job, doing his utmost for the transformation of his birthplace. And in fact, he is admired by almost everyone in the capital, the opposition included. He has signed agreements with many Italian municipalities, such as with Verona for recycling waste, with Florence for the new LED system of the city, and with Bari for the drinking water system”.

But who could have imagined that the inverse time would come, when Italians would decide to immigrate to Albania? Due to the EU economic crisis causing unemployment, rise in prices and higher taxes, Albania seems the safest place to live better, study, or work for the time being. The prices are cheap, as it uses its own currency ALL, taxes as well; everyone knows Italian, the weather is good, the people are hospitable and peaceful, so Italians feel more than at home here. There are many Italian businesses operating in Tirana or other important cities, and also students, who come to study at the Italian University “Zonja e Keshillit te mire”, as well as pensioners, who can afford a much better living in Albania with the pensions they get in Italy, than in their own country. 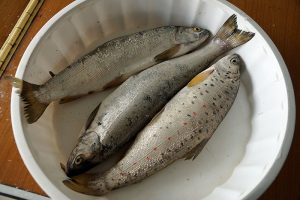 Both Italian newspapers bring to attention some successful stories from hundreds of Italians who settled in the Albanian capital. “They find in Tirana a similar culinary experience”…referring to the famous Italian l’espresso cafe, pizza, and pasta… “but also a piece of the Italian architecture – with its main ministries, National Bank, Arts Academy, stadium etc., built under Bosio’s plan of 1939, an Italian architect. Currently Italian architect Boeri and his master plan for the Albanian capital, started with the reconstruction of Scanderbeg square last year, and will continue with other important construction that will finish by 2030”.

Another Italian TV program Rete4 Mediaset, named “Dalla vostra parte”, referred to nowaday Albania as “Italians’ America”. In a recorded interview, one Italian chef regarded working in Tirana as his best decision, stating not only the cheap welfare, but also the fact that their job is more appreciated in Albania. In another interview, an Italian showed his experience with his small workshop producing fresh pasta to supply Italian restaurants here, mentioning Albanians love for Italian cooking.

The number of Italians that have settled in Albania, mostly Tirana, is 25 thousand, according to Rete4 TV. Many of them have invested in light industry, such as food, clothes, or shoes factories, and also in call centres.
The time to share the same love with our Western neighbours has arrived, finally! 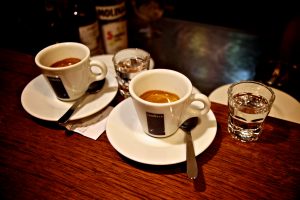 Surely Albanians feel elated, when they read positive articles that mirror another face of their country.
Albania has been suffering from the phenomenon of brain drain since the ’90s. And still a lot of young Albanians are ready to leave the country, after they graduate from their university. However, it is difficult everywhere to integrate, taking into consideration the extended flux of immigrants. Perhaps it is time to try investing efforts and energies here, making Albania a better place even for Albanians, not only for foreigners.