To quote the Communist Manifesto: “A spectre is haunting Europe—the spectre of communism.” But today, it is the specter of separatism that is menacing the continent.

Today, it is Catalonia and Scotland that might leave their national homes. But tomorrow it might be Flanders, Brittany, Northern Italy, The Basque region, and Bavaria that might leave. 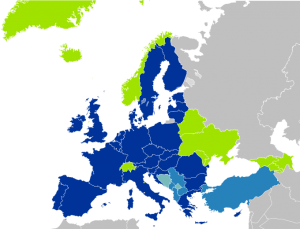 Even as the nations that comprise the European Union scramble to avoid centrifugal forces within their own countries, it is obvious that the core catalyst for separatist movements in Europe is the fundamental decision of the EU to move from being a “Europe of Nations” to a “Europe of Regions.”

After two world wars and one cold war, it is obvious and understandable why the EU’s founders and its current stewards are eager to downplay nationalism as a continental force. But, by emphasizing Europe’s regions rather than its nations, it is not only blunting nationalism in the foreign policies of its members, but is also diminishing its force as the glue that holds these countries together.

The EU funding formula, that basically takes money from nations and gives it to regions to distribute is at fault. The 33 nations of the EU have subdivided themselves into 270 regions. Financial aid flows to Brussels from the nation-states raised by their tax systems. Then the money is generally channeled to regional bodies for distribution. So even though the funds in question come from taxes levied by the central national governments in Paris, Berlin, Rome, and Madrid, the money comes from regional entities to grateful recipients throughout the continent.

From these funds flows both a sense of financial security and of independence from the national political structure. Rather than reinforce nationalism, it creates an artificial sense of independence. 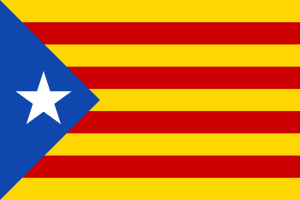 And, of course, every would-be splinter successionist region that spins off from an EU country knows that it likely will be able to join the EU on it’s own after a brief wait. That assurance does much to relieve worries among separatists that they might be too small to become a viable country. Separatists from all over Europe will be watching closely the progress of negotiations with such potential new members of the EU as Macedonia, Montenegro, Albania, and Serbia.

Can the EU find the right balance between efforts to weaken nation-states so they do not become imperialist and the need to keep them strong enough to be cohesive? Ultimately. the atomization of Europe would only destroy its ability to function on the international stage. It is only in the economic sphere that the EU acts effectively together. Diplomatically and militarily it is a midget. 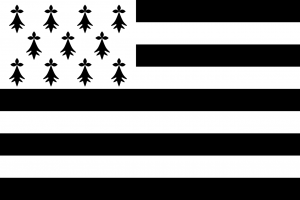 This juxtaposition of economic integration and political disintegration ultimately reflects the inability of the EU to develop political and democratic institutions to parallel its progress toward economic unity. Having succeeded as an economic unit, it is failing as a political entity and the disfunction is spreading to its member states.

Torture And Trafficking On Both Sides In East Ukraine