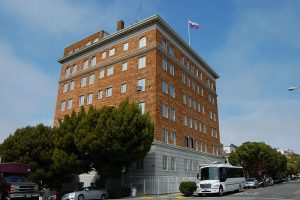 It is curious why the United States is going to such lengths to rub Moscow’s face in the spectacle of the tit-for-tat diplomatic hostilities between the two countries. The best answer to this question is that the Trump administration is ‘resetting’ the relationship between the two countries after eight years of a weak and incompetent Obama administration which saw Russian power and influence increase around the globe. A source with insight into the Kremlin who wanted to stay anonymous stated that Trump is attempting to make Putin look weak to the Russian people and is exactly the right way to treat the Kremlin at this point.

Whether or not that is the case, it certainly has angered Moscow. The Russian Foreign Ministry has repeatedly posted video of American agents searching the facility and expressed its dismay and shock at what it calls a serious violation of diplomatic protocol. The State Department has denied these claims as hysteria.

Russia has also hinted at further reducing U.S. diplomatic staff in Moscow. Tensions between the two countries are at the lowest level in decades.

Yet, Special Counsel Mueller continues to investigate Russian ‘collusion’ with the Trump administration; it’s past comical.

#Zakharova: We regard the removal of flags from Russian diplomatic property in the US as desecration of a Russian state symbol pic.twitter.com/x3ENrmnQxO