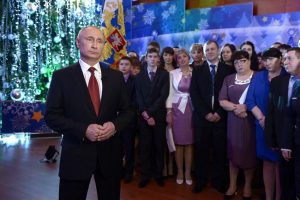 Putin, just like pretty much everyone with the minor exception of a few honest politicians and over sixty million Americans is placing a heavy bet against Trump. And like everyone who has ever bet against Trump, he is going to lose. Trump’s election presented Putin with a dilemma; he could see in Trump a kindred spirit, a person who cared deeply about his country and his people and was willing to work with anyone, first and foremost with Russia, to make the world a better and safer place for Americans. Throughout the 2016 campaign and in the aftermath of his election, Trump made repeated politically risky, not to say suicidal, overtures to Putin, inviting him to fight together against the bad guys in the world. For a while Putin seemed to be amenable to these signals, but now the die is cast; Russia would be America’s adversary.

What moved Putin to take the stance he chose? What are the consequences of his choice? In simple terms, Putin the KGB colonel weaned on Soviet-style hatred of America and the West, could not bring himself to be Trump’s wingman. He could, perhaps, consider an alliance of equals, but this was never on offer. Russian Federation, with its total GDP less than a quarter that of the US and per capita GDP about half, with its population only about 40% of the American one and shrinking, is simply not in any way comparable to America. Trump would have offered Putin a leading role in the coalition of the good guys, but never a co-equal one.

Putin simply does not get America and it’s a blind spot of epic proportions that is going to cost him everything. He views the American culture and especially pop culture as shallow and decadent. The social justice excesses of the Obama era appear to him as harbingers of America’s impending collapse. He does not believe that “government of the people, by the people, for the people” in the immortal words of Abraham Lincoln is theoretically possible, let alone that it exists in practice in today’s America. He sees in the very real war that the Deep State is waging on Trump proof positive that America, like Russia, like China, like any other country, is governed by entrenched elites and that the ballot box is nothing but a circus for the masses. His prejudice is blinding him to the facts; the fact that Trump is still president, the fact that Obama-era regulations are reversed at record pace, the fact that every single policy from immigration to taxation, to social and religious freedoms, are rapidly reversing course. In short, it is making him blind to the fact that Trump’s election signified a triumph of the will of the people, a triumph that cannot be reversed or erased, or indeed even slowed down despite the best efforts of many powerful players. 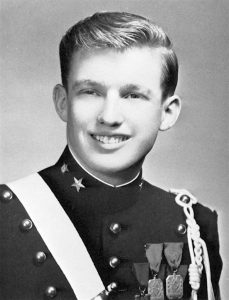 Putin cannot abide the thought that the multi-polar world that he and some other despots the likes of Ayatollah Rouhani and Kim Jung-Un have envisioned with the help of President Obama was, in the end, only a passing shadow. The age of American dominance, the unipolar world of America as the shining city on the hill that attracts the best and the brightest talent, the shiniest stars, the biggest investments, is far from over. In fact, the information technology revolution is only just beginning; it is only now negotiating the first inflection point on the famous S-curve and is about to take off for real. America, with its dynamic and creative workforce and its flexible capital structure is the only large country that is fully capable of taking advantage of these technological advances. Trump’s agenda of merit-based immigration, less restrictive regulatory environment, and competitive taxation is the explosive charge that is about to blow away all of the obstacles that the previous administrations had piled on in the way of American greatness.

In his political blindness, in his blind envy, in his blind rage, Putin is aligning Russia with the scum of the universe from North Korea to Iran to Erdogan’s Turkey. He is suppressing Russia’s budding creative forces, its free thinkers, the few remnants of its intelligentsia. A new feature film depicting the innocent romance between future, as yet unmarried, Tsar Nicholas II and the famous ballerina Mathilda Kschessinska is being suppressed and denounced by quasi-government circles as an affront to the Russian Orthodox Church and the newly sainted murdered monarch. Putin is centralizing power in his hands, firing duly elected provincial governors and replacing them with hand-picked loyalists. He is whipping up Russian patriotic fervor as an inoculation against dropping standards of living and restrictions on travel resulting from Russia’s increasing isolation and punitive sanctions.

It will not take long for Putin to realize how wrong he was in going all in against Trump. Already Trump’s moves in the European, Middle Eastern, and East Asian theaters are putting Russia in a box from which it may never be able to escape. In Europe, for the first time ever, American armor and infantry are deployed in Poland and in the Baltics, only a few hundred miles from Russia’s western frontiers. In the Middle East, Trump’s complete reversal of Obama’s Shia (Iran) centric policy and the impending $15 billion sale of the strategic THAAD missile defense system to Saudi Arabia is putting increasing pressure on Iran. Tacit American support for an independent Kurdistan and the mere threat of making it more than tacit are the perfect bargaining chip to keep Iraq, Turkey, and Syria’s Bashar Al-Assad from punching above their weight. Decertification of the JCPOA deal with Iran likely followed by American withdrawal from it, will render the deal worthless and Iran both powerless and isolated. In the Far East, Trump understands China’s complete dependence on free access to the American consumer and is willing to leverage that dependence to blunt its ambitions in the South China Sea and force it to take seriously its responsibility as the leash-holder for North Korea. 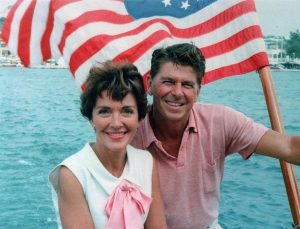 So Putin is playing defense, “warning” America against possible deleterious consequences of abandoning the Iran deal, hinting at oil price hikes. But the old petro-dollar game is of no value when Trump is unlocking America’s own vast energy resources by allowing fracking, shale and oil-sand mining, and off-shore drilling. Removing regulations against electric power generation via coal, which is almost infinitely plentiful in America, combined with the rapid rise in electric vehicle market share, further reduces demand for oil and renders Russia’s threats even more toothless. Furthermore, even Putin’s “junior” partners in the bad guys club, the likes of Turkey, Iran, and North Korea, are only “junior” in his own mind. In their minds, as evidenced by Erdogan’s empathic refusal to accept Russia’s annexation of Crimea, Russia is simply a weapons bazaar, useful for a bit of diversification, a place one goes to to get the odd S-400 surface to air missile system just so that not all your weapons come from Massachusetts and California.

The Hi-Tech Traditionalist: Dangerous Winds Are Blowing From Russia And They Have Nothing To Do With Facebook

For those with a bit of Russian know-how watching the opening ceremony of the Sochi Olympic Games it was clear that Putin fancied himself the direct spiritual descendant of both Peter the Great and Stalin, a ruthless and cunning ruler who against all odds drags Russia from the trash heap of history to the status of a feared and respected world power. But there’s a fundamental flaw in his reasoning. Neither Peter nor Stalin really achieved that exalted status for Russia. In the 18th and 19th centuries Russia was an important European power, but hardly a match for the United Kingdom. In the four and a half decades between the end of the Second World War and the collapse of the USSR, Russia managed, with the help of Western traitors driven by ideological tomfoolery like Kim Philby and the Rosenbergs, to briefly achieve a seeming parity in military prowess with the US. But this, as Nikita Khrushchev later admitted in his memoirs, was more of a puffer fish act designed to fool the all-too-eager American proto-neocons, rather than actual reality. As a matter of fact, the USSR had never even come close to military parity with America, to say nothing of economic or cultural parity. 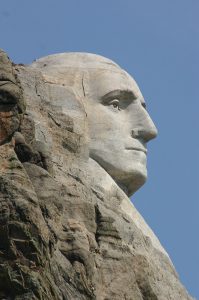 Peter understood that Russia had much to learn from the West and took it upon himself to personally absorb Western lore and teach it to his people. Stalin was a wily Georgian negotiator for whom oriental ruthlessness towards the powerless and bluffing towards the powerful came naturally. Putin is neither. He is a grey apparatchik, a product of the twilight period of the failed Soviet regime, a closed-minded person who refuses to learn from the lessons of history. In this he is doing his country a disservice that will take a very long time to remedy.