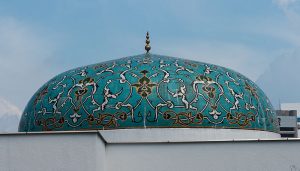 Following the arrest of the Albanian pedagogue in Malaysia, Klodian Zaimaj, the Imam, also known as Ibrahim, an Albanian media outlet called ABC News revealed the identity of two other Albanians who are also alleged to have links to ISIS terrorists. Albanian police, for investigation purposes, published only their initials and cities – they are J. Z., from Tirana and A.G., from Karbunara of Lushnja. Official sources have confirmed to local media that Klodian Zaimi is suspected of funding, indoctrinating, and sending to Syria 20 Albanians who have studied in Syria and Jordan. Some of these students are allegedly involved in ISIS ranks.

Klodian Zaimaj was not the only one to be monitored for a long time by state police and other law enforcement agencies because of suspicious links to the Islamic state and other terrorist structures.

Credible sources within the police have stated to Albanian media that the two terrorists quoted by initials are very dangerous. Police believe they are still in the Middle East. The three men are said to also do the bidding of the Imam. Police suspect they indoctrinate Muslim believers by inviting them to join ISIS fighters in the “holy war” for Jihad that has been in Syria and Iraq for several years.

Unlike many other places where only theology is taught, Malaysia also teaches law as officials want believers to protect the laws of Islam from a judicial point of view. It is suspected that the Imam arrested in Malaysia, otherwise known as Ibrahim, has had links to ISIS cells in the Philippines as well.

Klodian Zaimi, originally from Cërriku, has lived in Jordan for many years. Jordanian anti-terror services are concerned that the new mosque in the center of Cërrik, a facility that is not controlled by the local Muslim community, may have been funded and lobbied for by the Malaysian imam now in custody. The mother of Klodian, Mrs. Aferdita Zaimaj has stated the arrest was a set up by the Albanian or the Malaysian state. She told the media that her son had left the country at the age of 16. Klodian was in Albania recently after his mother was ill. He requested a pardon on June 25th during the celebration of Bajram while in Cërrik city, a period when investigations from the Malaysian state had begun. Klodian Zaimaj is the parent of four children; he is the bridegroom of a representative of the muslim myfts of Belsh city.

Yesterday, Elbasan’s Muslim community reacted to the case in question by removing any affiliation and distancing themselves from him. The religious institution has claimed that Klodian Zaimaj has been a member of the Cërrik Medrasa, which was closed because it was considered a radical base.

Elbasan and Pogradec have the highest number of people sent and killed alongside ISIS soldiers. Meanwhile, the Court of Appeals has sentenced the nine defendants in the so-called jihadist trial to 109 years in total. The leaders, according to the judges, were self-proclaimed Imams, Genci Balla, Bujar Hysa, Gert Pashja and Edmond Ball. From the investigation it was learned that the defendants had sent to Syria to fight alongside ISIS around 90 Albanians. From the latest data, Albanian police have the situation under control. They claim that during 2017 there is no Albanian who lives within the country that has joined ISIS.