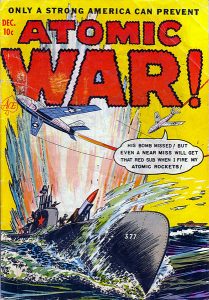 The Pentagon recently admitted to killing 300 Syrian civilians in its ongoing operations in Syria. This was not widely reported; no pictures of babies blown to pieces by American-made bombs dropped from American-made airplanes flown by American pilots were circulated. This does not mean that these babies and those pictures do not exist; they do. What it means is that American media, all of it, main stream or not, is one large propaganda organization. There are various shades in this propaganda, but there are also wide areas of consensus. Perhaps one of the strongest consensus points is that America wages war in ways that are morally superior to others, specifically to Russia. This is at best only very partially true. I doubt that if, as a parent, you see your baby blown up to bits, your grief is much assuaged by your knowledge that since it happened in an American raid versus a Russian one, your baby was blown up unintentionally and that the Pentagon is aggrieved by this unintended consequence. Once you decide to bomb a heavily populated area, you’re going to kill combatants and non-combatants alike and you bear the responsibility for their deaths.

It is possible and even likely that the US has a lower tolerance for “collateral damage” than Russia and that it chooses to avoid hitting targets in which such damage is highly probable, but it is only a matter of degree, not of principle. None of this is intended as a critique of American morality, if such a concept even applies to the behavior of nations. Nor is it intended as an endorsement of isolationist libertarianism, a la the Paul’s pere et fils, which is entirely detached from reality. America cannot remain a trading and fiscal superpower without being a military superpower, one which actively projects its power around the globe.

Rather, this is a critique of American hypocritical and pervasive propaganda, one which seeks to put America on an entirely false pedestal of moral superiority. This propaganda, so tirelessly peddled by the Senate’s odd couple McCain and Graham, would perhaps be excusable as a bit of political theater necessary to garner the public’s support for muscular military posture and spending, but when it comes to Russia it has recently morphed into something much more sinister.

Early 21st century Russia in some ways resembles early 20th century Japan; it is highly advanced, but only when it comes to its industrial military complex. While Russia’s military industries are second to none, a fact supported by its status as the world’s second largest (after the US) arm’s supplier, other sectors of the Russian economy are immeasurably lagging behind Western Europe, America, and Asia Pacific. This places a tremendous stress on the welfare of Russia’s population, leading to extreme low birth rates, high levels of alcohol abuse, and growing social unrest.

Unfortunately, American policy of hypocritical moral superiority towards Russia, denying it its rightful place in the world’s geopolitical order, is also similar to American policy towards Japan in the 1920’s and 1930’s. Back then, as American and Japanese interests collided in the Pacific, America sought to isolate Japan and limit its access to strategic raw materials and energy resources that it sorely needed. The result was a Japanese power play known as the Day That Will Live in Infamy – the attack on Pearl Harbor in December of 1941. While America won the ensuing war, none would argue that its breakout was the desired outcome of American policy decisions. Now as then, as American and Russian interests collide in Europe and in the Middle East, America seeks to isolate Russia and to economically strangle it by maintaining low oil prices and putting in place sanctions that make foreign investment in Russia both economically challenging and morally reprehensible.

In noting historical similarities, it is also important to note several key differences. Russia is not Japan. While having almost the same population, Russia is the world’s largest country, occupying 16% of the planet’s landmass. Russia controls the world’s second largest nuclear arsenal, easily capable of wiping America off the face of the earth. And Russia possesses the conventional military strength to easily occupy all of Europe all the way to the Atlantic within a week or two. Clichés involving grizzly bears backed into corners should not be easily dismissed by American policy makers when it comes to Russia. The likes of McCain, Graham, and their newly minted anti-Russia hawks from the Democratic Party should be asked to explain the logic in isolating highly militarized states like Iran and North Korea and expanding vast resources on limiting their access to even rudimentary nuclear arsenals while pushing Russia with its highly sophisticated nuclear arsenal into becoming just such a pariah state. American politicians should put their anti-Russian grandstanding, whether it derives from Cold War adventurism or anti-Trumpian hysteria, aside and constructively engage with Russia, helping it develop its peacetime economy and allowing it its place as one of the world’s leading geopolitical, cultural, and economic actors.

It is well-known that the Japanese admiral Yamamoto was against the Pearl Harbor attack. He often visited the US in peacetime and understood its military and industrial prowess. He knew that beyond landing a single sucker punch the Japanese military effort was doomed to failure. Unfortunately he was overruled by the Japanese Army, whose knowledge of America was lacking. The Pearl Harbor example will not repeat itself with Russia; pinprick surgical strikes are not a Russian specialty. If Russia feels that war is its only option, it will strike with all its might – an outcome the consequences of which should bother everyone who now draws breath on this planet.