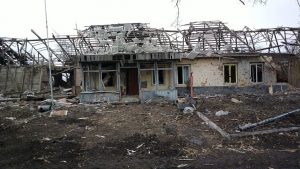 ‘A shell hit the courtyard of a private house. Three women and one man perished,” Zhebrivsky said on Facebook (NASDAQ:FB), adding that another man with serious wounds had been taken to hospital, reported Reuters.

Both sides in the conflict have violated the 2015 Minsk peace deal which banned heavy weapon use on the front lines. Ukraine said pro-Russian artillery units in the east carried out the attack.

Recently an OSCE monitor was killed by a land mine in rebel-controlled territory. Over 10,000 people have been killed in the conflict which has been raging since 2014. U.S. President Donald Trump recently said that sanctions on Russia would remain until their behavior in the Ukrainian east changes.