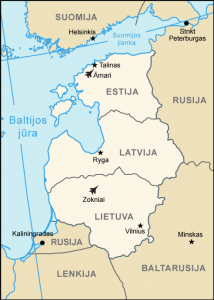 The Lithuanian President Dalia Grybauskaite, while at a NATO summit in Brussels, declared she wanted a permanent U.S. troop presence in her country to counter perceived Russian aggression on Baltic borders.

“We need the serious involvement of the US to not only deter but to defend…It is important to have adequate response capabilities against possible threats,” she declared, reported Business Insider.

“Any kind of buildup like that is simply destabilizing,” said U.S. Defense Secretary James Mattis. NATO is worried that the buildup of Russian forces in Kaliningrad, a Russian enclave in the Baltics, will be permanent.

“Our goal is that not only NATO troops need to be involved in deterrence in the Baltic region, but also, bilaterally, US troops,” Grybauskaite told The Journal, saying that the US would likely be the first to respond in the event of a confrontation with Russia, as NATO decision-making did not move quickly.

“Having in mind the challenges we are facing and the increase in tensions in our region it would be preferable to have the US on a permanent basis.”

Raimundas Karoblis, Lithuania’s defense minister added, “The presence of Americans is a multiplying factor for deterrence,” he told The Journal. “With Americans here it is a game changer.”

“Russia is a threat,” he recently also stated. “They are saying our capital Vilnius should not belong to Lithuania because between the first and second world wars it was occupied by Poland.”

“There are real parallels with Crimea’s annexation [from Ukraine],” he added. “We are speaking of a danger to the territorial integrity of Lithuania.”