In an un-reported (in the West) take on the Trump – Putin phone call from Saturday, the longstanding Russian foreign minister Sergei Lavrov noted that the most refreshing and promising aspect of the conversation was the “lack of moralizing” from either side. Let’s not kid ourselves, it was diplomatic speech for no moralizing from the American side. For decades, America, led by career State Department operatives claimed for itself the leadership of the so called “Free World” and the moral high ground on every issue facing the global community. This was treated as an axiom that required no proof and any objective inquiry into the veracity and the factual basis for this position was seen as apostasy by the American ruling classes.

Furthermore, this position survived multiple administrations, both Republican and Democratic, precisely because it was and still is, bipartisan. It is something that John McCain and Chuck Schumer heartily agree on. In this agreement they are joined by other globalists such as Francois Holland, Angela Merkel, George Soros, and Theresa May. Challenging this axiomatic presumption of Western moral superiority is one of the main hallmarks of Trump’s anti-establishment and anti-globalist political philosophy. It is his view that this presumption is at the root of several bloody and unnecessary conflicts that caused the US massive losses in blood and treasure, weakening its global competitiveness in the world markets and triggering a global crisis of proportions not seen since WWII. 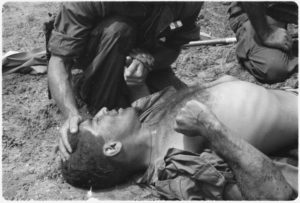 Perhaps it is indeed time to cast aside the axiom status of the presumption of Western moral superiority and examine the facts. The last time that any country was invaded by a country other than America, was the invasion of Kuwait by Iraq in 1990. The last time this was done by Russia was in 1979 in the Afghan War. In contrast, America and American led forces attacked and invaded multiple foreign countries over the same period of time. Interfering on the side of Muslims in the civil wars following the breakup of Yugoslavia, invading and occupying Iraq in 2003, attacking Libya and replacing a stable regime with a failed state, supporting the Syrian civil war, all of these were accomplished by the West, led by America, in the name of their supposed moral superiority.

Additionally, America interfered in the internal affairs of most Middle Eastern countries, most notably Egypt and Israel. In Egypt, the Obama administration was the main driving force behind the coming to power of the radical Islamic Brotherhood. In Israel, the same administration illegally funded political action groups openly hostile to Prime Minister Netanyahu, seeking his downfall. It is yet to be known whether the same Foggy Bottom operatives were behind the failed coup attempt in Turkey last summer.

There is no escaping one staggering fact: since 1945 and to the current day the country responsible for by far the most civilian deaths through military operations around the globe is the United States of America. During this period, through its wars in Vietnam and Iraq alone, the US unquestionably killed orders of magnitude more women, children, old people, and other non-combatants than all other countries combined. As I am writing this piece, the US is deploying armored divisions on the Russian border in Poland at Poland’s behest. This is analogous to Mexico inviting Russia to deploy its military on the Rio Grande because they don’t want to pay for Trump’s f-cking wall. 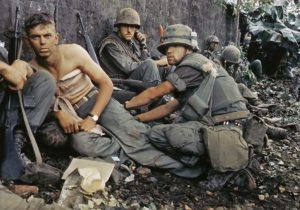 But what about Crimea? Crimea, unlike any of the countries invaded by the US, has a mutual border with Russia. The people who live in Crimea are ethnic Russians, who want to belong to Russia. Crimea was a part of Russia for 220 out of the last 240 years. Russia took possession of Crimea without firing a single shot, with full support of the local population.

Here’s another quote from Lavrov: “the conversation between the two presidents took as its absolute base, the legitimate sovereign concerns of both nations”. Let us do away with baseless moral grandstanding. Let us stop pretending that our actions in the West are guided by anything than naked self-interest. Let us deal with the world on the basis of mutual respect and appreciation for the sovereignty of all peoples who inhabit it.

OPINION: Sunset For The Russian Economy?

The Hi-Tech Traditionalist: Someone Tell Megyn Kelly Submission To Evil Is Immoral