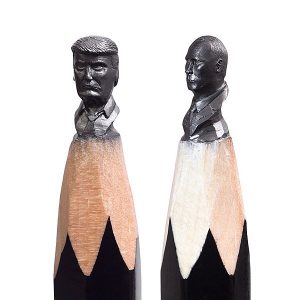 Russian President Vladimir Putin and U.S. President Donald Trump will meet in Helsinki, Finland on July 16th. The summit has been in the works for some time with both leaders wanting relations to improve, and to score political points at home for the domestic audience.

“Under the agreement, the meeting between Russian President Vladimir Putin and US President Donald Trump will take place on July 16 in Helsinki,” the statement by the Kremlin said, reported Russian state news agency TASS.

The two leaders will discuss “the current state and prospects of further development of Russian-US relations and also vital issues of the international agenda,” it said.

Kremlin Aide Yuri Ushakov earlier told reporters that the venue of the summit is convenient for both sides. The meeting is likely to last several hours: there will be a protocol event, a tete-a-tete meeting and a joint news conference. Ushakov suggested that Putin and Trump could make a joint statement outlining “the two countries’ further steps both in terms of improving bilateral relations, in terms of joint steps in the international arena and in terms of maintaining global stability and security,” he said, wrote TASS.

“Russia’s Foreign Ministry is warning against expectations of any breakthroughs resulting from President Vladimir Putin’s summit with U.S. President Donald Trump. Ministry spokeswoman Maria Zakharova said Thursday that Moscow has “pragmatic and realistic” expectations for the July 16 summit in Helsinki, Finland, given the number of issues to be addressed,” reported Associated Press.

“Former Soviet President Mikhail Gorbachev says the next month’s U.S.-Russian summit could become a historic event. Gorbachev was quoted by the Interfax news agency as saying Thursday that if Russian President Vladimir Putin and U.S. President Donald Trump make steps toward cooperation, their meeting will go down in history as a major landmark,” added AP.

“The two leaders will discuss relations between the United States and Russia and a range of national security issues,” the White House said in a statement.

Trump’s National Security Advisor John Bolton met with President Putin this week as an advance meeting to the real thing.