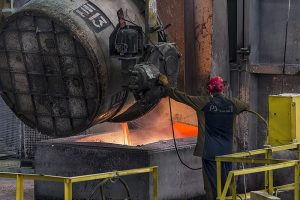 Russian oligarch Oleg Deripaska, a close friend and supporter of Russian President Vladimir Putin, has decided to relinquish control of Rusal, the massive Russian aluminum producer which employs 60,000 people. The decision was taken based on sanctions enforced by the United States which would have bankrupted the company. The Trump administration is targeting Russian oligarchs that are enabling actions of the Putin regime.

Below is a Facebook post from Rusal which threatens to take legal action for press reports that declared Deripaska will not sell his stake in the company and relinquish control.

Multiple news reports are now stating that Deripaska will sell down his stake in his holding company, EN+ to below 50% and therefore relinquish control. He will also be removed from the board of directors.

“Mr Oleg Deripaska has agreed in principle to the chairman’s request that Mr Deripaska reduce his shareholding in the Company to below 50%,” read the statement from EN+.

The development is a victory for President Donald Trump and a slap in the face to the Kremlin, which does not relish the American government dictating what happens within the Russian Federation.

Tsarizm has written extensively about the situation as shown below.

Rusal may be forced to focus only on domestic operations if the sanctions are not removed. “Russia’s Rusal will be forced to quit the global aluminum market and focus on domestic consumers if the United States does not lift sanctions once an independent board is in place, a source familiar with the matter said,” reported The Moscow Times.

“Rusal is now in a very close dialogue with OFAC (the Office of Foreign Assets Control of the U.S. Department of the Treasury). It is very important for the company to comply with all their instructions to get out of the sanctions…the company is now working on changing the management team to an independent one and the board of directors to independent representatives who are not affiliated with shareholders. Rusal hopes that these changes will be noted by the OFAC,” wrote The Moscow Times.

U.S. Must Rearm, Rebuild The Military And NATO

Putin Trolls Biden, Wishes Him ‘Good Health’, Challenges Him To Debate This Weekend