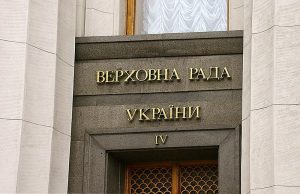 The Ukrainian parliament, the Verkhovna Rada, passed the first reading of a draft law to establish an anti-corrution court, mandated by the IMF for further release of financial aid. Only a few billion of the $17.5 billion package approved for Ukraine after the Crimean incident and the 2014 recession has been transferred to Kyiv.

“We need to make sure this court works effectively,” the head of the People’s Front faction, Makysym Burbak, said ahead of the vote in parliament.

“Between the first and second readings we will take into account all recommendations of the Venice Commission,” reported Reuters.

The bills backers assured international entities that the court will be established per the guidelines recommended by supranational institutions. Concern has risen that the new judiciary will be open to corruption.

The next IMF tranche looks to be $2 billion.

Libya To Send List Of 800 Russian Mercenaries To Moscow