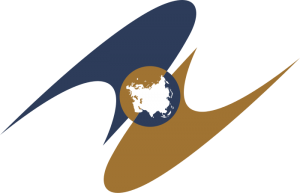 Russian Prime Minister Dmitry Medvedev said while addressing a forum dubbed Digital Agenda in the Era of Globalization, that official policy towards cryptocurrency should be common across the Eurasian Economic Union.

“What do I have to say concerning cryptoassets? In any case, we should not be focused only on national policy. Our colleagues have just said that cryptocurrencies could be used for payments. Let us pay serious attention to it as our economies are far too closely linked…It will be impossible to implement these principles in one country, we should bring our approaches closer together at the Union level,” he stressed, reported Russian state news agency TASS.

According to Medvedev, ideally, international conventions on cryptocurrencies should be drawn up. “Otherwise it all will go in other direction and will not be totally legal,” the Russian prime minister pointed out, wrote TASS.

Russia has identified cryptocurrency and blockchain as ways to diversify the Russian economy away from hydrocarbons. Providing commonality across such a large geographical are could relieve cryptocurrencies from the pressure that has been applied by some countries by banning, or threatening to ban, the technology.

Many Eastern European nations, and former Soviet territories, have implemented blockchain in the arena of government records to improve efficiency.