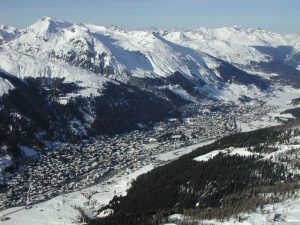 The Davos Forum, held a few days ago, was a great occasion for Western Balkan leaders to discuss altogether the common issues and platforms to achieve their final goal – joining the EU.

In an interview given to EURACTIV.com, Albanian PM Edi Rama stated that Albania has fulfilled most of its tasks regarding the legal system and war against crime and corruption, and is expecting an honest recommendation report to start EU negotiations within 2018. According to Rama, another postponing would hinder the Western Balkans and send the wrong message, that the EU can sleep quietly with the Balkan countries outside its doors – that is a big mistake.

Rama stressed: “It is due time now for every Western Balkan country to go further. They all deserve to have open negotiations. Serbia and Montenegro are already negotiating and I see nothing that can differentiate these two countries from the rest of Balkans. The Western Balkans do not deserve such a division. Albania is playing a constructive role in the region, to facilitate the integration process. Kosovo merits to be acknowledged independent by all. I respect Aleksandar Vucic, who has recognized the course, refusing to live in denial, showing courage in facing the problems. Serbia cannot join EU without peace with Kosovo. It is in the interest of both to find a solution; it is not easy, sometimes even a painful process, but it is a must”.

He continued: “The EU is important for the Western Balkans to the same extent we are important for them. We cannot allow third actors play their role and establish a grey area in the middle of Europe. Due to the ethnic composition of the Western Balkans, some Europeans hesitate to enhance the integration process and that is not right. It is a lack of knowledge and strategic thinking and looks like they know the Balkans only superficially. I tell them: never underestimate Western Balkan countries”.

He concluded that Albania hopes to get fair recommendations and ensure the vote of European Council within the Bulgarian Presidency. Postponment will bring another insecure period for the country, at a time when the country has made progress in the five main priorities set by EU, despite a few failures. What is important is to go ahead and succeed with the vetting process and the war against organized crime and corruption.

In the meantime, Greek PM Alexis Tsipras, upon arrival in Athens, addressing his people in an interview from Maximos Palace, stated that Greece is ready to solve problems with its two northern neighbouring countries, Macedonia and Albania. “I promise that in the coming years, through a patriotic responsibility, we will find an acceptable solution for all. Through Davos meetings with Albanian leaders, we are opening a way to the complete normalisation of mutual relationships between the two countries. We are ready for a strategic agreement with Albania to solve the critical distinctions, ready to give a pro vote to Albania’s opening EU negotiations”.

Tsipras stressed that this time he has the consensus of all Greek political parties to bring relations with Tirana back to normal.

Regarding Macedonia, the Greek PM appraised the current policy followed by Macedonian PM Zoran Zaev. “The new Skopje leadership has withdrawn from the irredentist rhetoric of previous governments. This fact will enhance our negotiations regarding its name”.

PM Tsipras has taken a leading role in the Balkans to solve ethnic conflicts. He is convinced that the failure to solve simmering disputes has also been to the detriment of Greece and the stability in the region. According to him, It is hypocrisy that some people and political forces exploit the agony of the Greek people without opening way to solving problems.

It looks like there is a green light for the Balkan countries to solve some of the ethnic disputes among them. The Davos Forum proved that peaceful negotiations are possible, as long as there is common reason and interest.

The Siberian Tigress Who Contacted Humans Because She Needed A Dentist