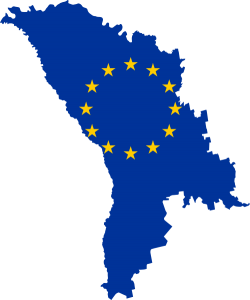 Moldovan Deputy Prime Minister Iurie Leanca said this week that eventually the former Soviet territory will leave the Commonwealth of Independent States and join the European Union. He suggested an application will be submitted to join the bloc by 2019.

“Leanca’s statement came after five opposition Liberal Party lawmakers put forward a bill to pull Moldova out of the CIS, arguing that membership in the post-Soviet group of states runs counter to the country’s European aspirations,” reported RFERL.

“Once we have filed an application for EU membership and obtained candidate status, then we can announce that we are leaving the CIS,” Leanca declared, wrote RFERL.

“We should bring up the matter of our European integration prospects in two or three years,” adding that Moldova “doesn’t necessarily have to do that within the Eastern Partnership framework, we can do this individually.”

The EU seems to be ok with this deadline, EU foreign policy chief Federica Mogherini commented that Brussels would support the effort but only if Moldova complies with previous commitments on corruption, etc.

Moldova has been battling systemic, existential corruption as have many former Soviet republics, due to the ingrained nature of corruption found in the Soviet system.