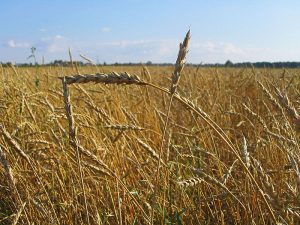 Russia’s emergence as the world’s leading exporter of wheat, a shift that’s reorienting global trade in the grain around the Black Sea region, recalls the Soviet Union’s previous dominance of production — albeit under markedly different conditions.

Countries comprising the former USSR harvested 18 percent of the global wheat crop in 2017, the most since 1980, according to U.S. Department of Agriculture data. Russia is projected to become the biggest shipper by volume this year, overtaking the U.S., the agency estimates. America’s share of the global crop fell to 6 percent in 2017, the lowest based on records going back to 1960…