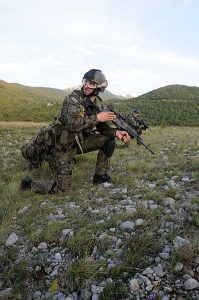 More than any country in the West, Poland in recent years has been ahead of the curve in resisting aggressive moves emanating from Russia. Six months before Vladimir Putin invaded Ukraine and annexed Crimea, Warsaw was embracing territorial defense, fearing invasion from the East. Last year the Polish military, which is in the middle of an extensive defense modernization effort, created a new, part-time force designed to resist Putin’s “little green men” in case Moscow decides to unleash a Crimea-like operation on Poland.

None of this is surprising, given Poland’s long history with its Russian neighbor, most of it unpleasant. Memories of Muscovite occupation remain fresh in Polish minds and motivate Warsaw to take preparations for war more seriously than most of NATO does. For Poles, the threat from the East is painfully real and doesn’t need to be explained: it simply is…