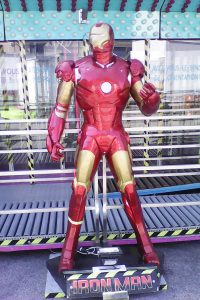 The Russian Defense Ministry is designing and building new combat equipment for the average soldier, which includes an exoskeleton and ‘active protection’ measures.

“[The kit will] use exoskeleton mechanisms, a display system to show information on faceshield or protective glasses and microclimate control and health monitoring devices.”

Militaries around the world are racing to make the combat soldier on the battlefield more effective and productive. Simply put, this type of “Iron Man” gear is a force multiplier.

The Russian Federation has had success over the last decade increasing the number of ‘contract soldiers’ and lowering dependence on conscripts. The improved ability to operate in a sustained combat environment is showing itself in Syria, where the Russian armed force’s ability to prosecute large, coordinated operations have impressed Western military leaders.