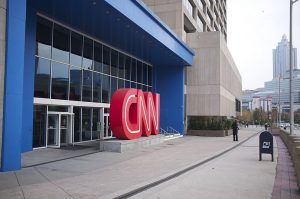 Today Russia summoned representatives from CNN in Moscow to accuse them of violating Russia’s international media law. The move seems to be a response to the US pressure on the Russian media channel RT, and Sputnik who operate globally, but Washington sees as a ‘foreign agent’ in the United States.

“The communications regulator, Roskomnadzor, said in a statement on its website that it would look at warning CNN about the alleged violations, which it said also breached the terms of its broadcast license. It did not say what breaches of Russian laws the U.S. broadcaster had made, adding it would continue its “systematic monitoring” of foreign mass media outlets registered in Russia,” wrote Reuters.

“Roskomnadzor spokesman Vadim Ampelonsky told the state-run news agency TASS that CNN had provided an outdated dateline. Documents submitted by CNN to prove they had fixed the problem were “being analyzed,” he said, but the station would remain under observation,” reported The Moscow Times.

Meanwhile, Kremlin spokesman, Dmitry Peskov said, Putin, in a meeting with the Security Council, “touched upon the issue of ongoing and at times growing pressure on Russian mass media outlets in some foreign countries.”

“It was stressed that such pressure on Russian media is unacceptable.”

The Pearl Hidden Among The Albanian Alps