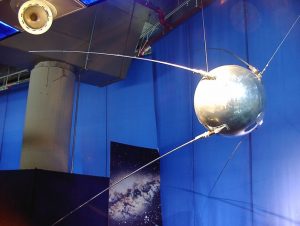 According to the gallery rules members must not “act as an agent for, or be employed by the Federal, or any State, local or foreign government or representatives thereof.”

Wilson stated there were no other state-sponsored news organization enjoyed permanent press privileges. Sputnik is also attempting to get permanent press credentials at other branches of government, such as the executive and judicial branches, in areas such as the White House.

The Senate Periodical Press Gallery is a rotating group of journalists who decide what agencies receive the permanent credentials.

Russia has faced criticism and heightened scrutiny over their use of propaganda and information warfare during the American 2016 election and in Europe. The Kremlin has been very effective in spreading its agenda globally and domestically via its state-sponsored entities.

Moldovans Choose Between EU And Russia In Local Elections

Small Explosion At US Embassy In Kyiv