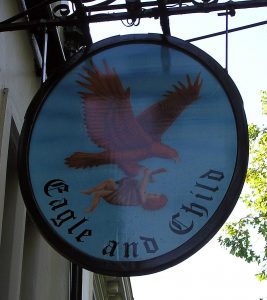 Russia’s largest newspaper doesn’t like the gay lifestyle in the U.K. A recent article describes Manchester, England as being full of ‘many fat people,’ and ‘disgusting gay couples.’ The articles recommends Moscow not follow England’s ‘frightening example.’

Alisa Titko, a columnist for tabloid Komsomolskaya Pravda, was shocked when she found herself in Manchester’s Gay Village, writes The Independent.

“There is a whole part of the city for gay people,” she described.

“There is even a plaque there saying ‘Gay Village’.

“It is the most popular place for such couples, there are cafes and clubs there with small rainbow flags.”

“At one of the tables, there was a wedding of two rather large girls,” she wrote.

“It is such a pleasure that there are no such gay streets in Moscow.”

She also describes ‘disgusting scenes’ of same-sex couples kissing and holding hands, and murals of Batman and Superman kissing. She went on to slam England’s ‘fat women.’

“Their women are so fat, they look disgusting to their men…You see, they eat so much fast food and potatoes.

“And they drink beer from huge glasses. Here is the result.”

Titko then suggested that English men are gay because their women are so fat. “It can influence it,’ describing the women’s non-sexuality.

“Let’s remain Russian,” the article concluded. “Start normal families. Have children in wedlock. And not confuse love with debauchery.”