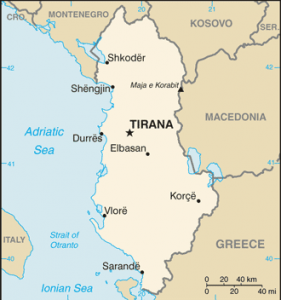 The number of Albanians leaving the country has increased in 2017, but despite their huge efforts to realize the European dream, the governments of respective countries are dispatching them as soon as they set foot.

Not long ago, France demanded from the Albanian government to take back all the asylum seekers, mostly young people under 18.

From an investigation by AFP, the number of unaccompanied children is large. But, there are evident cases when parents are informed and allow their children to leave alone, so that they can integrate into French life and create a better future.

Meanwhile, according to EUROSTAT data, Albanian children seeking asylum in European countries are divided into two categories: those accompanied by parents and others unaccompanied. The total figure is scary. Over 11.700 children are registered as asylum applicants. 755 of them are juveniles, left to cope alone on the streets.

For 2016, the European Statistics Office, EUROSTAT, specified the largest number of minors applying for asylum is in the UK. About 93% of the juvenile asylum seekers are boys and only 7% of them are unaccompanied young girls.

The clandestine ways Albanians are transported to England are different, including transportation inside empty oil tankers, trucks and not rarely inside car boots.

Another way of trafficking occurs in Northern Albania. Northern people, especially those from Vermosh and Lepush, tend to go to the USA. The price for transporation per person starts from $25,000 and the entry into America is made via the Mexico border.

One source said for Tsarizm the victims have no information on the people involved in this kind of trafficking. They are given a phone number to contact. However, the person who makes deals with them is someone else, who is called via encrypted mode. To close the deal, they have to come to the capital, where the organized group for such transportation is settled.

The sum of money paid by Northern Albanians is high; this amount is provided mostly by other Albanians already living in USA. Upon arriving, they work in black doing two or more jobs, until they pay the debt owed for their transportation.

A great number of Albanian illegal immigrants have succeeded in obtaining a permanent residence permit; meanwhile others have been living apart from their families for years, without being able to integrate.