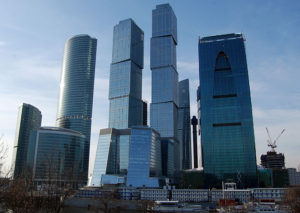 Russian state news agency TASS polled experts on the Russian economy and the results show that the Bank of Russia will keep interest rates at 10%, where they have been since the fall of 2016. The Russian central bank raised rates drastically in the face of rapid inflation and currency devaluation after the crisis started in 2014, but have let rates drift downward since as the economy recovered.

“We believe the rate reduction at the meeting this Friday is highly improbable because of this reason but we definitely expect a promise to lower the rate at the next CB Board of Directors’ meeting,” said the chief economist of Alfa Bank Natalia Orlova.

The Central Bank will not back down from February rhetoric, Raiffeisenbank analyst Denis Poryvai said. “Furthermore, our inflation expectations are still high. We see their growth in January… If we aggregate these two factors, we will find that no significant improvements occur,” he said. The rate reduction can be expected after the April meeting, reports TASS.

“We expect the reduction by 25 basis points to 9.75. Actual inflation data that is about 4.4% year-on-year now enable us to argue so. We are obviously moving quicker to the target versus assessments at the year-beginning. I think there is a room for reduction,” chief economist of VTB Capital Alexander Isakov told TASS.

The ruble has been slowly, but steadily, strengthening as inflation waned and oil attempted to break through the $60 handle. However, pressure from American shale fields has pushed crude back towards the bottom of the trading range as WTI slipped under $50. Western sanction pressure has not weakened as of yet in 2017 as the Trump administration attempts to shape its foreign policy towards Russia.