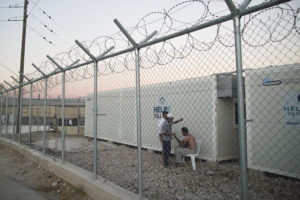 On March 5 Austrian Foreign Minister Sebastian Kurz suggested creating refugee centers outside the EU, for example in Georgia or in the Western Balkans.

“It is not that important where exactly they [the centers] will be. The important thing is that they [these countries] will ensure protection, and that people who illegally try to get to Europe, will be send back there. The facilities could be placed in countries such as Egypt, Georgia, or somewhere in the Western Balkans,” Kurz declared to “the newspaper”.

This unexpected announcement raised controversy between Georgian officials and the whole society. The opening of refugee centers in Georgia is not planned, as the implementation of this project is impossible due to challenges the country is facing, Georgian Foreign Ministry declared on Monday.

“The issue of the accommodation of migrants staying in the European Union has never been raised on any official level. Also, Kurz himself did not touch upon this topic neither during his visit to Georgia nor in any other format. This issue is not on the agenda of Georgia, since, in the light of challenges standing before us, the implementation of this project is impossible,” Reads  the statement of Georgian Foreign Minister.

In Major Humiliation For Obama, Iran Sends Troops To Aid Russia In Syria