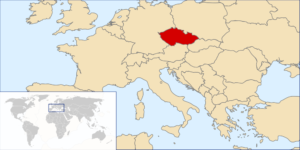 Lawmakers in the Czech Republic want to amend the country’s constitution to prevent the EU parliament from restricting gun rights in the country.

Interior Minister Milan Chovanec, who drafted the proposal, is optimistic it will be passed by the Czech Parliament, EURACTIV reported.

“I think that we have very good negotiating position to get 120 votes needed to pass in Chamber of Deputies,” Chovanec said.

“We will do our best to protect their rights,” Chovanec said. “In the beginning Europe had good intentions, but the realization could be given an F-.”

This month the EU plans on voting on a measure that many in the Czech Republic fear could restrict the right to carry a weapon for public safety. 80,000 Czechs own firearms. The measure would require three fifths of both houses of parliament to pass.

Putin Declares War On Journalism In Speech Seen By Millions