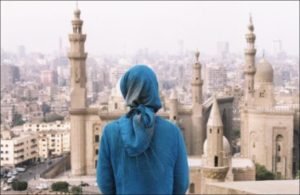 The Balkan nation of Montenegro has introduced a law to make the practice of female genital mutilation a crime punishable by up to eight years in prison. The law being prepared by the Justice Ministry also criminalizes the forced sterilization of women.

The practice is not widespread in the country but government officials are concerned that the migration of Syrian refugees will bring the barbaric ritual to Montenegro. Many girls from Africa and the Middle East are mutilated before their fifth birthday.

It can cause severe bleeding, pain, shock, recurrent urinary tract infections, cysts and infertility. It also significantly lowers the feelings of pleasure experienced during sex.

“However, current migration trends and a large number of refugees coming to Europe from African and Asian countries where this harmful tradition is still maintained may lead to the fact that this form of violence against women could be diverted to our country,” said Maja Raicevic, the director of the Women Rights Centre, an NGO based in Podgorica.

“It’s good that the new law anticipates that,” she added, reports Balkan Insight.

“This means that our criminal code needs to recognise the nature of violence against women as gender-based violence and all forms of violence which include sexual harassment, rape, forced marriage and crimes committed in the name of so-called ‘honour’, such as female genital mutilation.”