This post is the second in a short story that will be told only via fictitious news posts – we hope you enjoy! Watch for the next post of The Colony! 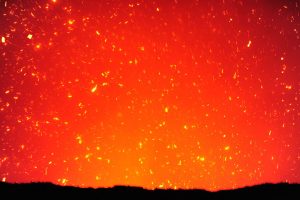 CAUSE OF HEAT PLUME IN SIBERIA

(Anchorage, AK) The Russian government denied that a missile launch was the cause of a massive heat plume over Siberia that American satellites picked up a few days ago. A nuclear test has also been ruled out by the North American Aerospace Defense Command and other defense officials.

Residents of Nome, Alaska, on the Bering Strait, also reported seeing a large white flash in the sky at the same time as NORAD recorded the heat plume. “It lit up the whole sky!,” said Tulia, a native woman who saw the flash. “I’ve lived here sixty-five years and I’ve never seen anything like that. It wasn’t the Northern Lights. I don’t know what it was. It was frightening.”

Russian officials have been silent on any possible causes but did acknowledge that some type of disturbance happened. U.S. government officials seem baffled by the occurrence.

ECFR: The Coming Crisis Of The Russian Regime