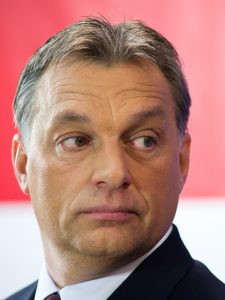 Hungarian Prime Minister Viktor Orban has assured European Union officials that Hungary will quickly meet EU demands on a new law that could target a university in Budapest started by George Soros after the Iron Curtain fell. Orban also assured the European Union on attempts to limit activities of Soros-funded NGOs inside Hungary.

“Prime Minister Viktor Orban pledged in the EPP council to follow and carry out all the demands of the European Commission within the timeframe set by the commission,” said Siegfried Muresan, a spokesman for EPP President Joseph Daul, the powerful European People’s Party.

The European Commission filed legal charges against Hungary recently and the Eastern European Nation has 30 days to comply. Orban told the Hungarian state newswire MTI through his spokesman Bertalan Havasi that the university should not “enjoy special privileges” even if his government is ready to cooperate with the commission and does not wish to close the institution. “The rules in Hungary must apply in the same way to everyone,” Havasi said. reported AFP.

“The EPP demanded from Fidesz and from the Hungarian authorities that they take all necessary steps to comply with the commission’s request. Prime Minister Orban has reassured the EPP that Hungary will act accordingly,” EPP chief Daul.

“We call on the Hungarian government to initiate discussions immediately with the relevant US authorities… to conclude an agreement that guarantees CEU’s right to remain in Budapest as a free institution,” CEU said in a statement.

The EU is also concerned about Hungarian legislation that seeks to force NGOs spending over a certain amount to register with the government.