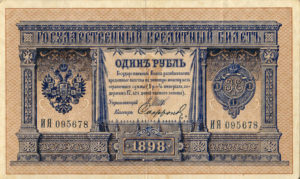 After experiencing a steady increase over the last year from its low of 80 to the USD to a high of 56, the Russian ruble sank on international exchanges after yesterday’s airstrike on Syria by the Trump administration of the United States. Upon writing this article, the ruble was trading with at 57 handle.

The drop in the Russian currency reflects “fading hopes that US-Russia relations will normalize and that sanctions might be lifted,” William Jackson, senior emerging markets economist at Capital Economics, said.

“Moreover, barring a dramatic escalation of the conflict in Syria, it seems likely that global oil prices will remain the most important driver of moves in the ruble,” reports Business Insider.

The Russian economy has been suffering from the double impact of Western sanctions imposed since Russian annexation of Crimea and the collapse of oil prices on the world stage.

In all likelihood, the Kremlin is pleased with the financial impact of the airstrikes on the Russian economy as the ruble had been strengthening possibly and hurting Russian exports. In addition, the airstrikes have caused oil prices to spike which helps fill Moscow’s coffers to deal with the persistent, recent Russian federal budget deficit.

“For instance, the central bank sold significant amounts of foreign exchange at various points in March 2014 amid Russia’s moves to annex Crimea. But it only did so for a period of a few days. And the currency remained relatively stable against the dollar,” discussed Jackson for Business Insider.

Putin Invited To White House, Trump Warns Relations Better Get Better, Or Else