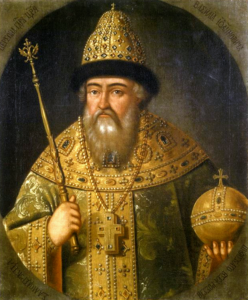 Exactly one hundred and fifty years ago, as the year 1866 came to an end and 1867 began, there were exactly two world powers with land holdings in North America. The US was not one of them. They were, in that order, the British Empire and the Russian Empire. America found its place somewhere between Spain and newly united Italy, far behind the major world powers of Britain, Russia, France, Germany, and even the Austro-Hungarian, and the Ottoman Empires.

When 1867 came to an end, however, the only political entity that mattered on the North American continent was the USA, and the processes that would lead it to become the decisive factor in the Allied victory in World War I fifty years later were firmly in place. It is perhaps ironic that in one single year, on the cusp of oil becoming the determinative resource for global dominance, two of the leading world empires withdrew from more than half of the North American landmass with its vast oil, gas, and gold reserves.

On March 30th, 1867 the Russian Empire sold its North American territories, now known as the State of Alaska, to the United States for the sum of 7.2 million US dollars in gold bullion. This sum, roughly 120 million in today’s dollars, was just about equal to a single year budget of the Russian Imperial household, mostly spent on retainers, entertainment, and royal travel. It bumped Russian treasury revenues for that year by a mere 2.5%, as compared to the year prior. In short, it was no big deal.

On July 1st of that same year, many Canadian provinces, after years of neglect by the British government and with its full acquiescence, entered into a confederation agreement, formally bringing to an end more than two hundred years of British presence in North America (Newfoundland remained a British territory for the next hundred years or so). This created the wonderful, but for all intents and purposes, insignificant political entity known today as Canada. 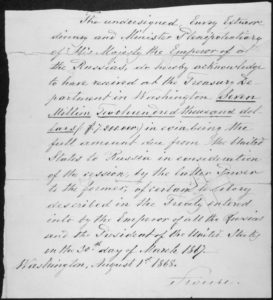 Vast oil, gas, and gold finds in Alaska and Canada almost immediately followed the withdrawal of European powers, leaving the US as the only remaining technologically advanced and politically stable polity on the continent to exploit them to its exclusive advantage. The wealth that flowed into American coffers, instead of those of Russia and Britain, is difficult to estimate, but must surely be in the trillions of dollars. The real impact of the European withdrawal, however, was not financial. Rather it created the America we know today, a country that is blessed by splendid isolation, having no land borders with any political entity of even remotely comparable military and financial resources. 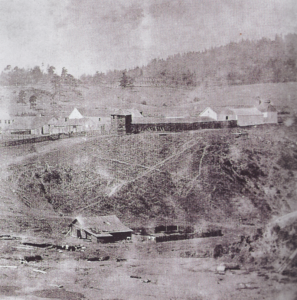 It may be a worthwhile exercise to imagine a modern world in which Britain and Russia, equipped with the vast resources of half the North American landmass, share many thousands of miles of land borders with each other and the US while controlling vast stretches of ocean on both the Atlantic and Pacific coasts in immediate proximity to American ports. Or how about Soviet ICBM’s stationed in Juneau and in Anchorage? While “what if” is usually a losing proposition in historical analysis, it is safe to assume that the history of the two world wars, from which the US so dramatically emerged as the world’s sole superpower, would have been quite different.

On this 150th anniversary of the definitive year of 1867, it may be well worth noting that it was that particular year that made it so easy for the US to become what it is today. It is that ease, that uniquely privileged position of being able to access tremendous natural resources without any land-based threat that gave rise to American isolationism. At the base of its isolationist ideology is a profound misreading of American and world history. A misreading that overweighs the native resourcefulness of Americans, and the foresight of the American Founding Fathers, and does not sufficiently value the uniquely privileged set of circumstances of which America was the sole beneficiary. 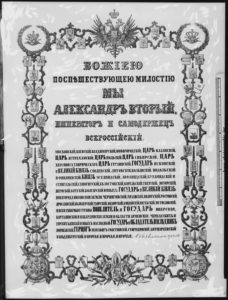 The danger in the isolationist mindset is compounded when one considers that modern technology has made many of the unique advantages provided to America by its geography rather moot. I do not know what percentage of the components in the Tomahawk missiles that were fired at Syria this morning was made in the US but I would be surprised if it exceeds two thirds. The real natural resource in today’s world is human intellect and America has no advantage when it comes to that. This means that America must be a player on the global stage. The naïve notion that it can retreat behind its oceans and maintain the wealth Americans have gotten used to since 1867 is a demonstrable and dangerous fallacy. It is crucial that the nativist crowd among president Trump supporters realize that nationalism does not equal isolationism. Nationalism implies, as Trump himself put it many times, looking out first and foremost for your own interests. Even when those interests take you to Homs, Syria.

Russia Sends Frigate To Syria After US Missile Attack

The Consequences Of Adding Hezbollah To German Terror List