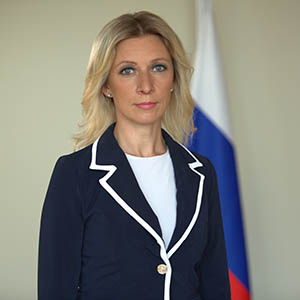 Russian Foreign Ministry spokeswoman Maria Zakharova said on Friday that the total number of Russian nationals forced to leave the United States within 72 hours will be 96, including school aged children and family. The Obama administration declared 35 diplomats persona non grata due to espionage activities.

“According to US secret services, that provided the basis for the US administration’s decision, the Russian diplomats allegedly took part in some activities aimed at interfering in the US presidential election. In this regard, the year 2016 and the spring of 2016 have been mentioned. I would like to point out that some of the Russian diplomats who have been declared persona non grata, arrived in the US only two months ago,” Zakharova stressed.

“It is not clear how they could have participated in the activities that, according to the secret services, took place in the spring of 2016,” reported Russian State News Agency TASS.

UN Says Millions In Ukraine In Need Of Assistance