As in previous years, during the ceremonies for the occasion of the Prophet Mohammed’s birthday, the Mullah’s regime held their “International Islamic Unity Conference”, this year from November 24 to 26, attended by a number of its international mercenaries and terrorists.

This ridiculous show, so far from the name that the regime has given it, was neither “international” nor “Islamic” nor in the direction of “unity.” The ridiculousness of the charade became more evident to everyone when, both at the conference and at Khamenei’s house, one of the regime’s agents, in the presence of foreign guests, set about outlining the shameful policies and practices of Rouhani and urged Khamenei to dismiss him. So, the show was not taken seriously by anyone in the region, as it became clear that the conference attendees were actually using the occasion to engage in factional infighting. 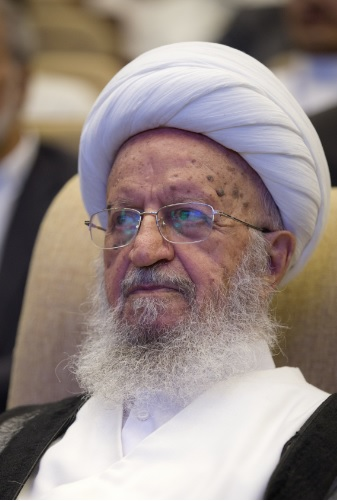 Grand Ayatollah Naser Makarem Shirazi, who is an Iranian regime Shia Marja’ and religious leader, acknowledged the hollowness of the term “unity” at the conference, and said to the participants: “As long as the root of the difference does not go away, the slogan of unity will not work.” (Tasnim News Agency, November 24, 2018)

Ali Motahari, the vice-speaker of parliament, admitted: “We were not successful in the unity of Muslims.” He sarcastically added: “Rulers are thinking of their own interests rather than thinking about the interests of the Islamic world and scholars have made Shia and Sunni discussions an entertainment; they claim to follow the first Imam, but do not pursue his values and aspirations.” (Fararou state website – November 26, 2018). 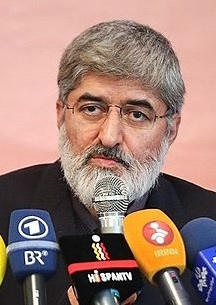 The government’s newspaper Vatan Emrooz wrote on November 26, 2018: “The rude statements of Hassan Rouhani against Saudi Arabia that were different from the previous two or three years, is occurring at a time when, according to observers and experts of the region, his approach with respect to Saudi Arabia has not gone beyond speech and has actually been passive.”

State media whose hands were tied in criticizing Khamenei’s statements on Saudi Arabia criticized Rouhani’s statements in this regard, which were in line with Khamenei’s, and protested and attacked him. 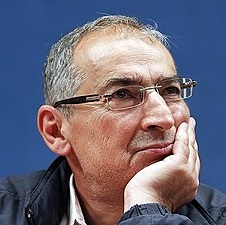 Sadeq Zibakalm who is in line with Rouhani, wrote: “Rouhani spoke with a mocking tone about Saudi Arabia, with the gesture of unity; I don’t know if he wanted to insult them, what language and tone he would have used.”

The government newspaper of Jomhouri Islami (Islamic Republic) acknowledged people’s hatred and the bankruptcy of the show of “unity” in its November 26 editorial after the conference, saying: “People say the era of slogans is over, and when Friday prayers Imams emphasize on unity in their speeches but forget it very soon, this does not conform to any criteria.” The newspaper then refers to the “exorbitant” expenses of these types of shows while the economic situation of the people is dire, saying: “If we spend time, money and facilities, for unity conference, and suffice to repeated speeches and hollow slogans, this does not solve any of the country’s and Islamic world problems.”

The Jomhouri paper, admitting that the goal of these shows is to preserve “the foundations of the regime”, warned the Mullahs, “The regime’s leaders must understand this reality that only by solving internal problems and overcoming economic crises and removing people’s livelihood difficulties, the foundations of the Islamic Republic can be strengthened.” It then points out the bleak record of the government and adds: “Nations will only follow us as a symbol when they witness our sincerity in making internal unity and our success in overcoming economic crises.”

Opinion: Putin Must Be Punished