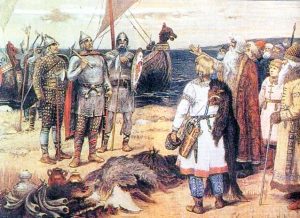 While this may be surprising to some, socialism, let alone communism, are purely Western concepts, born out of the massive societal and demographic dislocations of the early industrial revolution. Asian cultures, whether Indian or Chinese in orientation would find the mere idea of outcome equality laughably impossible and even undesirable. Even equality of opportunity, something that the American Founding Fathers found to be a God-given right, does not get much more than lip service in Asian societies. Ever the pragmatists, Chinese, Japanese, and Indians take for granted that someone born into wealth and high status has significantly higher chances of obtaining these results in their own lives than someone who is not. This is the case of course, whether in China or in the West, with the caveat that in the West we like to PRETEND that it isn’t. Highly talented and motivated individuals can at times overcome the circumstances of their birth, but this is more the exception than the rule in any human society.

Asian countries like China, Vietnam, and Cambodia experimented with communist structures, only to give them up after a few short decades, reverting back to their original model of market capitalism guided on multiple levels by a vast meritocratic bureaucracy. This socio-economic model is what the Chinese call “socialism with a Chinese face”. While in all cases experimentation with communism proved deadly on an unimaginable scale, it would seems that countries like China and Vietnam are well on their way to recovery. Russia’s encounter with communism, alas, is proving to have a much more lasting and thus significantly more deleterious effect.

Russian intellectuals are now trying to rationalize Russia’s meteoric fall from one of the world’s most important countries, militarily, economically, and culturally prior to the fall of the Romanov dynasty in 1917, to a tenuous position in the middle of the pack economically, one of the last culturally, and arguably still close to the top militarily. The cultural downfall is undoubtedly the most precipitous and the most painful. Russia’s nuclear shield, not tested for decades, but feared nonetheless gives it at least the appearance of one of the world’s most powerful militaries. The consumer economy is in shambles, but Russia’s post-revolutionary intellectuals have long scored “bourgeois” (or as we call them in America, middle class) lifestyles. No, it’s the total disappearance of Russian culture from the world stage that smarts, that really gets under their skin, that begs for an explanation. 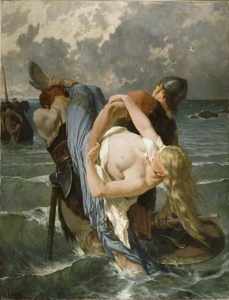 In this context, it is worth mentioning Russia’s dominance on the Western cultural scene in music, representational arts, and most of all in literature for a full century stretching from Pushkin in the 1830’s to Pasternak in the 1930’s. In between came Tolstoy and Dostoyevsky and Chekhov and Tchaikovsky and Rachmaninoff and Chagall to name but a few. Tellingly, their names are such pillars of world culture to this very day that my Microsoft Word is not objecting to their names with its red squiggles; on the contrary, it offers helpful suggestions when I forget the spelling of their anglicized versions. With the last vestiges of pre-revolutionary culture tortured to death in Lubyanka prison during the terrible 1937 Stalin purge, a darkness descended on Russia. No works of art, of music, of literature have been produced there from that time that are of any note, with the possible exception of Solzhenitsyn’s GULAG novels, more notable for their first-hand account of the horrors of the Soviet meat grinder than their brilliant prose.

The existence of the Soviet dictatorship until its demise in 1990 helped hide Russia’s intellectual and cultural impoverishment in the post-revolutionary period. “It’s the censorship”, was the commonly proffered excuse. Like all things Russian in the last century, this excuse was dishonest from the get-go. All Russian writers starting with Pushkin operated under oppressive censorship regimes. All wrote “for the drawer”, or to be published abroad, or to be only read in circles of friends in darkened parlors. Pushkin was in fact exiled to Chisinau (today’s Moldavia) by Emperor Alexander I with whom he had a longstanding feud. When Alexander’s son Nicholas I came to power, he declared that as a sign of “lenience” he himself would become Pushkin’s censor. And yet, Russia’s art scene flourished. Russian authors defined the genre of the historical (War and Peace) and psychological (Crime and Punishment) long-form novels. They rejuvenated the art of playwriting and short story composition (Chekhov) and made major contribution to avant-garde painting (Kandinsky, Chagall).

However, the lie was really put to the censorship excuse when the Soviet Union finally gave up the ghost in 1990. Solzhenitsyn was rehabilitated! Though of course he never exercised his right to move back, preferring his New England home to his erstwhile motherland. Folks were finally free to write anything they wanted, create anything they wanted. But did they? Has anything of value emerged from the Russian cultural scene in the past quarter century? The answer is a resounding no.

Image by The Man in Question

The pathetic nature of this “analysis” can only be understood in the context of what really transpired in 1917. A leading world power, the Russian Empire, after three years of brutal fighting in the First World War during which it suffered greatly, but held the line against Germany and the Austro-Hungarian Empire keeping much of their forces tied up in the Eastern Front and thus, according to the French Supreme Allied Commander Marshal Ferdinand Foch, saving France from being overrun in the early years of the war, a power that was on the verge of massive counterattack as noted by no other than Winston Churchill, a power whose economy was growing faster than any in the developed world for decades, a power that was more culturally dominant than any until 1950’s America, decided to cash it all on a whim.

Succumbing to a childish feeling of malcontent among its bourgeoisie, a feeling expertly inflated by a genius agent-provocateur on the German payroll, one Vladimir Ulyanov, later Lenin, who dedicated his life to vengeance over his brother’s hanging for a failed assassination attempt against Czar Alexander III, the great power unilaterally surrendered just as it was about to be victorious and reap the rewards of a three-year investment in blood and treasure on an unprecedented scale. In surrendering, Russia gave up lands for which it has fought and bled since the times of Peter the Great two centuries earlier, but much more ominous was the REASON for the surrender. Lenin surrendered to the Germans accepting every ridiculous term they put forth, so that he could engage in his private vendetta on the Imperial Family and everything they represented. Surrender to the Germans allowed Lenin and his cronies to win the civil war against forces loyal to the Czarist regime and turn their ire against the Russian creative and professional classes, which they proceeded to systematically annihilate.

In stark contrast to what the so-called Russian intelligentsia is now putting forth, Russia was always an improvisation on a Western motif. Yes, it certainly has its own uniqueness, but so do the French, Italian, and American cultures. Russia was in fact founded by Westerners, by the Rurik clan of the Varangian, (also called Rus) Vikings who came down the vast Russian rivers and with their superior weaponry and organizational skills were soon lording it over the local Slavic tribes. In fact, the Russian Primary Chronicle records that the Slavs, recognizing the Vikings’ superior leadership qualities “invited” them to become their rulers. As recorded by Leo Tolstoy, the fictional (but drawn from real life) Prince Bolkonsky pere had a family tree proudly displayed on his wall tracing his family’s origins to the first Rurik himself. No doubt Count Tolstoy had observed many such displays in the parlors of the Russian nobility. As to the great Russian artists of the 19th century? For most of them French, not Russian was their first language, learned from French au pairs to whose care they were entrusted from birth. The Russian nobility so preferred French to Russian that as Tolstoy remembers it (his grandfather was a Napoleonic war general for Alexander I), when Napoleon attacked Russia in 1812 and an anti-French fervor (briefly) took hold in the Russian ruling classes, many of them, eschewing French, had difficulty expressing in the Russian language any abstract thoughts, anything in fact beyond the mundane commands they were used to barking at their servants.

For later-day Russian artists of late 19th and early 20th century many of whom were from the ranks of the bourgeoisie rather than the nobility, it was still the European cultural sphere that they saw themselves as being a part of; the European frame of reference against which they judged themselves. It was Guy de Maupassant that Chekhov read, Picasso that was admired by Kandinsky and Chagall. No, Russia, true to its Viking-derived name, was always one of the cultures of the West and for quite a while one of the brightest stars in the Western firmament. 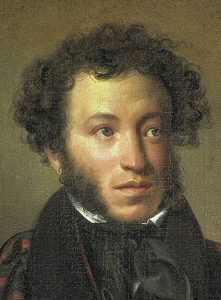 The fateful events of 1917 can justly be seen as a revolt by the Eastern elements of Russia, elements subjugated for a full millennium to her Western overlords. Lenin’s own genetic makeup is representative of this revolt of the slaves. Half Russian peasant and half Kalmyk on his father’s side, half Russian peasant and half Jewish on his mother’s, surrounded by Jews who managed, due to their academic brilliance, to get hold of the few places set aside for Jews outside of the Pale of Settlement, Lenin’s band of murderers was a primal scream of rage, an act of pure vengeance, consequences be damned. In the post-revolutionary countryside, in an act reminiscent of today’s South Africa, Russian peasants burned to the ground centuries-old estate homes and slaughtered the nobles who owned them and those people they employed as managers and supervisors. The enraged mobs did not stop to think how they may benefit from the stately buildings and priceless art housed in them; neither did they stop to ponder how they would live once those who gave them orders on what to plant and how to fertilize were killed. It were only vengeance and bloodlust that guided their hands. 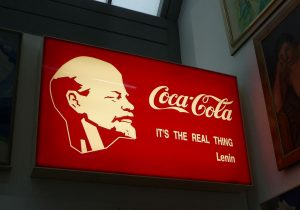 The Russian Primary Chronicle, likely dating back to the 9th century (though first manuscripts are from the 14th), may have had it right; the Slavs may indeed be incapable of ruling themselves. After all, look at the botch job they made of it ever since they threw out the Vikings.

Was It Terror? Or A Gas Leak? Bus Explodes Near Russian Disaster Site