There are now more Russian spies trying to gather intelligence in Britain than at the height of the Cold War, a former GCHQ official warned last night. Foreign intelligence agents are trying to intercept secret communications between arms companies making deadly weapons, members of the Armed Forces and the Ministry of Defence. Techniques they are using include sending code to mobile phones which allows them to turn the device into an eavesdropping device, monitoring all calls, and also text messages, he said.

John Bayliss, a former official at Britain’s eavesdropping agency GCHQ, said spies could also be sitting outside key buildings in vans intercepting information from computer screens.
He also warned Islamic State militants were sophisticated enough to use the mobile phone spying technology in Britain. Speaking after his nearly 40-year career at the top agency, which included training Royals, soldiers and four-star generals, he said: ‘There are more Russian intelligence agents now than at the height of the cold war,’ reported the Daily Mail.

Spies are not just going after state secrets but industrial secrets and technology as well. Mr. Bayliss stated there are 6 Russian spies for every one counter-intelligence official in Britain. 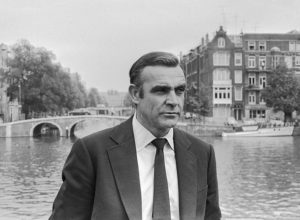 Detailing one of the common techniques used by the enemy, he said agents would be able to send code they can buy online to mobile phones.
This would enable them to take control of the phone.
He said: ‘They can then listen to conversations and see your texts. It is even possible for them to get a text saying this person has just received a phone call.
‘They can then dial in and join the conversation as a conference call, only the other two don’t know they are there.
‘They can also turn the phone’s microphone on and off and listen to all the conversations had near the mobile phone.’

Olympics Are Important To Russia, Kremlin’s Not Gonna Like This