We, members of the species Homo Sapiens, the thinking man, love freedom, right? Wrong. The freedom loving gene is so dangerous that had it been prevalent in the Homo Sapiens population, we would have long since gone extinct. Contrary to the self-aggrandizing lies we like to tell ourselves, it is the slavery gene, the gene that makes it possible for us to survive and even thrive in conditions of bondage that is by far the most prominent feature of our species.

At the dawn of civilization, in ancient Sumer, people who lived in the fertile plain between the two rivers named the Tigris and the Euphrates discovered that they could overcome the uncertainly of where their next meal was coming from by planting wild grains in carefully constructed and artificially irrigated plots of land. The labor required to do this, from the digging of irrigation canals, to the planting, harvesting and processing the grains of wheat and barley, was immense. And then, when everything was harvested and stored away to be enjoyed during the off-season, nomadic herdsmen from the mountains swooped down and took it all. Something had to be done. And something was. The violent freedom-loving gene that was lying recessed within the population of hoe-wielding slaves was suddenly expressed in a single person. That person found a few others who, like him, hated hoes and loved freedom, and made a pitch to the slaves: you will make sure that I and my merry men here lack for nothing and in return we will chase away the mountain men. And thus kingship was born. The newly minted king and his army, having access to unlimited food supplies and not needing to tend to their own herds, soon became excellent at the one thing they were good for: killing. In fact, they became so good at it that the poor mountain herdsmen had no chance. 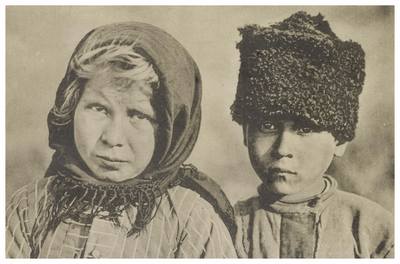 So successful was this experiment with kingship that Sumerians were convinced that it had been given to mankind by the gods themselves; that the King was therefore himself divine. The king, unsurprisingly, had no quarrel with his newfound divinity. If you think that European serfs were oppressed, think again. If you believe that they, given the chance, would jump on a horse and make a living galloping at full speed towards the other guy who just happened to be pointing an eight-foot steel-tipped lance at them, you are quite misguided. How can I be so sure? The answer is simple: any serf who so wished could pick up a staff or a club and become a highwayman or join some noble’s army. Warriors were always in short supply and high demand. On the off-chance that he and his lord were be victorious, that same serf would establish his own noble household, coat of arms and ancestral lands included. After all, that’s exactly how all of European nobility came to be; serfs and farmers that refused to be slaves and against all odds found themselves, still alive, on the winning side of a battle or two.

If you are slaving away in a Silicon Valley cubicle, what is stopping you from quitting? Why not drop a Dear John email in your b**h boss’s inbox and tell her where exactly she could shove your six-figure job? Is it the three thousand dollar a month mortgage that you are enslaved to? The 50k a year private preschool Junior just started? The “certainty” of a biweekly paycheck, though of course your employment as an “employee at will” can be terminated in a nanosecond flat? Is that what is keeping you enslaved? Why not move to Idaho and buy a fifty acre property with a nice little house for under a hundred grand? Why not open your own business? Because it’s risky, that’s why. Because you convince yourself that authentically Japanese sushi delivered to your door at three AM is something you can’t do without. 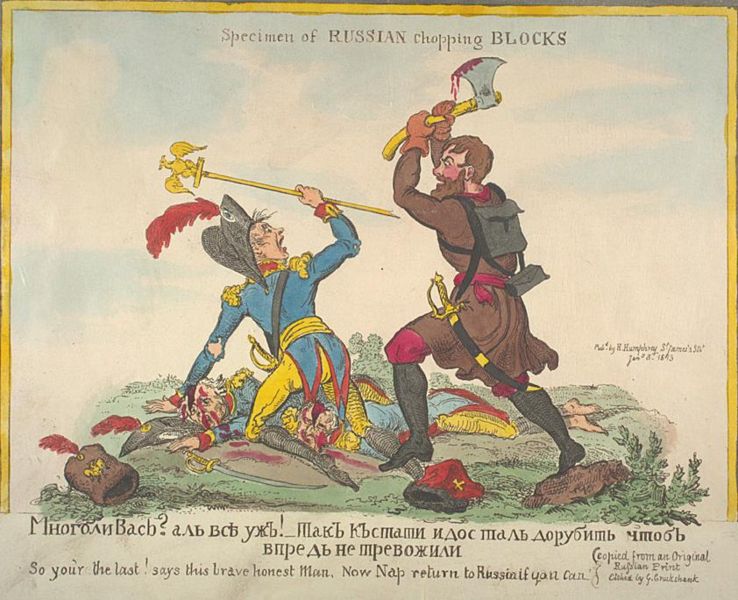 Our nearest evolutionary relatives, the chimps, have an interesting mechanism for trading off the cozy tribalism needed for protecting the young and avoiding the genetic stagnation characteristic to small gene pools. Most males and more importantly most females mate inside their own little band, never leaving the confines of their little territory. Most, but not all. Beta males who cannot find a mate tend to roam outside the tribal territory where, surprise (!) they are often met by adventurous females from the neighboring tribe. These females already “belong” to a male in their own band, but something, something they themselves undoubtedly cannot understand, drives them to the no-man’s land. If they get caught, they’ll be torn limb from limb. And often they are. But luckily for those who aren’t, chimps do not (yet) have DNA testing. Because that cute little one that the big guy so adores, well, she may have nothing to do with him after all.

I make it my business to follow a large section of people representing radically different viewpoints on Russian Twitter. I follow rabid Stalinists who still believe that the genocidal maniac was the Sun of Nations. I follow those who diligently document every crime committed by Stalin and his cronies. I follow Putinists who can find not a single thing wrong with what Vladimir says or does, even when he contradicts himself. I follow supporters of the “liberal reformer” Alexei Navalny, who, supposedly, wants to remake Russia as a liberal democracy. Quite a spread, you would think. Once again, you would be wrong. The different beliefs and opinions that supposedly so sharply divide these people hide a simple truth, a truth more powerful than all of them. These people are slaves. Their sole polemic, the only thing they all disagree on, is how much and from whom their government should take and how much and to whom it should give. Government takes; government gives. That’s all they know. The idea that the government is not some divinely-ordained independent entity, that it is a collection of fellow humans who serve at the pleasure of the rest of the population, that it should “take” only as little as absolutely necessary for strictly limited and clearly enumerated functions, that it should most certainly not be in the business of “giving”, i.e. redistributing wealth, this idea would be unfathomable to any Russian. Not only unfathomable; alien, scary, impossible. 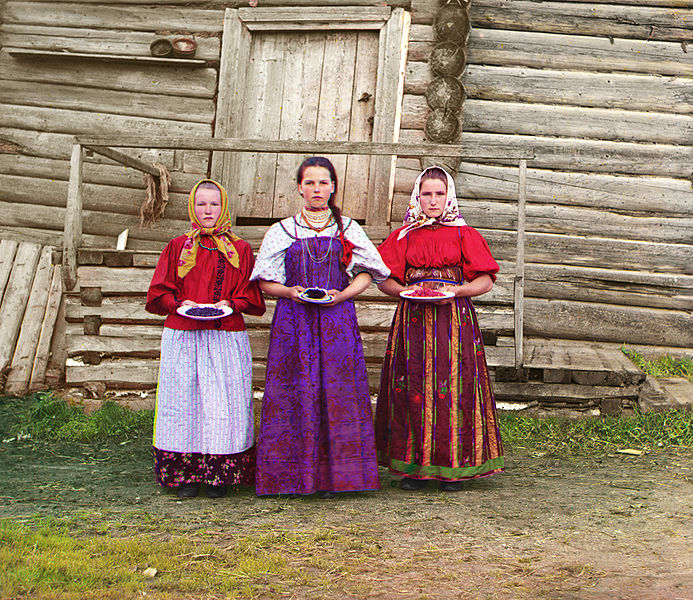 In places like China and Russia, the freedom-loving gene expresses itself only through individuals who live outside the law, or who are driven beyond others to climb the ladder of government bureaucracy. The risks associated with both of these behaviors are much more extreme than quitting your job and striking out on your own is in America. Few are willing to undertake them, no matter the rewards. That is why Russia and China are slave societies. Always have been and always will be.

Speaking of divinely ordained kings, we own some property in Nova Scotia that was, until quite recently, owned by a family of North Carolina Royalists. These were people who left their ancestral home in what was by that time a well-established and well-developed state and struck out to the harsh climate and untamed wilderness of South Shore Nova Scotia. Why? Maybe the bridges with their patriot neighbors in their North Carolina community were so completely burned that they couldn’t stay. Maybe. Maybe they couldn’t imagine living in a society that was, in their view, adrift, unmoored to civilization by a divinely sanctioned monarch. They simply could not see how a political entity guided solely by its population of regular craftsmen and farmers and shopkeepers could ever make a go of it. Two hundred and fifty years later or so history has rendered her verdict. In the last decades of the 18th century, Nova Scotia and North Carolina had similar populations of roughly thirty thousand. Today, North Carolina is home to ten million people, a better than three hundred fold increase. Nova Scotia is struggling to cross the million person mark, a full order of magnitude difference. 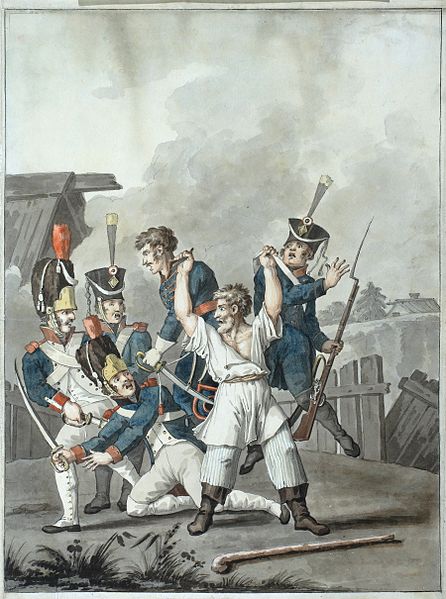 So we learn: free people are ten times more productive than slaves. For a brief moment in history, on a part of the North American continent, free people became the majority, even if only just. Uniquely in space and time, they created a system that drastically reduced the risks and increased the rewards of personal freedom. The result was an unprecedented growth in the expression of the normally recessive freedom gene, leading to the creation of the most affluent and just society that the world has ever known. But the extreme wealth thus created is now making slavery much more palatable, the cage so much more gilded. In today’s America, it is possible to live very well indeed as a corporate slave. All you have to do is shut up. Don’t say anything your slavemasters consider offensive, or you’ll suffer the fate of James Damore. You’ll get canned, ostracized, excommunicated. Put a cork in it, not only while at work, but also on your own time. Say “yes”, even if you know with certainty that what you are agreeing to is utter falsehood. How hard can it be? After all, the 401(k) is looking good and the new iPhone is coming out and it has this unbelievable.

The risks of freedom are becoming ever greater in America; the rewards ever slimmer. The new slavemasters, the two hundred dollar tee shirt crowd, are experts at using the fruits of free enterprise to spy out the slightest whiff of free thinking. The power lust of these new kings knows no bounds; they devour everything with reckless abandon. Poorly educated shallow thinkers, they know nothing of history, of religion, of human nature. Atheists to a man, they recognize no higher authority. Unlike the absolute monarchs of old, they kneel in front of no altar. The only limit they recognize is the size of a silicon atom, but we are still a couple of decades from that and that is an eternity to someone on the sunny side of forty. 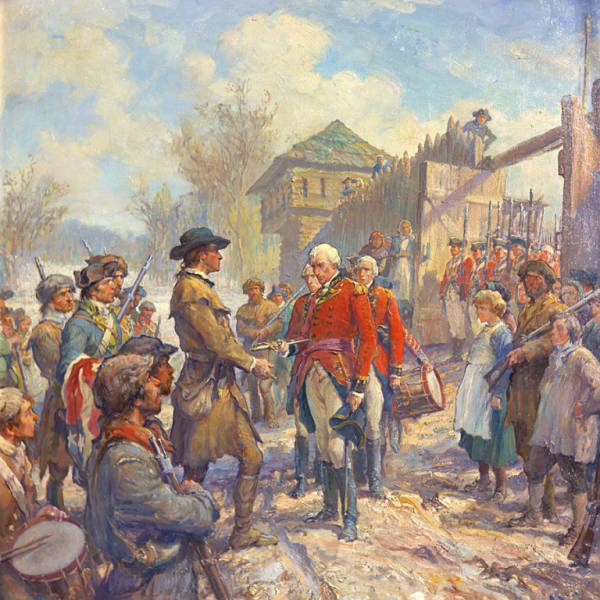 We share our DNA with amoebas. Like them, we shrink from risk and reach out to rewards. We know what side our bread is buttered on. Most of us will willingly shut up, if our lunch is “free”. A mandatory seminar on “transgenderism”? Done deal. Wear a propeller hat to be “part of the team”? Of course! After all, it is only the god-like billionaires up on the stage that deserve to be cool. And if they can only be cool at my expense, it is only a small price to pay. Perhaps this new world of surgically-enhanced deities bathing in the adulation of the enslaved masses every day making up ever more ridiculous fealty tests for them to live up to is the “new normal”. If it is, count me out.

The Hi-Tech Traditionalist: Elizabeth Warren Is A Cheater That Shames The Founders That Came Before Her In Massachusetts

Opinion: Russia Should Be Careful What It Wishes For