Republicans think that the old Clintonian “it’s the economy, stupid” adage still applies today. But does it? I will devote this column to arguing that it does not. It has long been axiomatic in American politics that robust GDP growth and full employment, especially in so-called “high-paying jobs” are a GOOD THING. Axioms, however, are only axioms until disproven either analytically or empirically and I am going to disprove this axiom, robbing it of its exalted status. Achieving robust GDP growth and full employment with high-paying jobs is only possible, as president Trump has been so brilliantly demonstrating, in a low-regulation environment supported by trade policies that encourage local manufacturing and discourage offshoring. High-paying jobs, full-time jobs with full benefits, come from two sources: private sector, mostly in manufacturing (including construction and energy) and manufacturing support, and government. Notably, they do not come (with few exceptions) from the agricultural or services sectors.

Gross Domestic Product. GDP. Does the Level IV assistant secretary to the undersecretary for external paint regulation in the Federal Aviation Administration produce any product, domestic or otherwise? The immediate answer would seemingly be negative. And yet, her income is counted for the purposes of GDP just as if she were the boss’s secretary in a company that manufactures the very external aircraft paint that is the subject of this regulation. Of course, one can argue that safety regulation of aircraft is essential for a safe and thriving aviation sector, which is, in turn essential for a thriving economy in which both aircraft and the paint for them are produced. And it is a good argument. It applies just as much to government employees who are soldiers and police officers and doctors. We need all of them to produce our domestic product. The real question is: what would happen if the Level IV assistant secretary position was eliminated and the secretary herself would assume her assistant’s duties? Would aircraft paint be less well regulated? Perhaps. I, for one, do not believe it would be.

This is why GDP growth, especially of the robust kind, cannot be driven by expansion of the ranks of government employees. Yes, they count, but hire too many of them and, as Obama found out, you soon start shrinking the private sector faster than you can grow the government one. Robust GDP growth can be achieved by a thriving manufacturing sector supported by a lean and efficient government sector. This is Trump’s goal. This is what Republicans have always stood for.

But is robust GDP growth A GOOD THING? Again, our axiom offers an emphatic YES! as an answer. But I would argue not so fast. A corollary to robust GDP growth and full high-paying jobs employment are higher prices and, as an attempt to stop them from climbing even higher, increased interest rates on mortgages and consumer lending in general. Who are the losers and the winners in a private sector oriented, full-employment, low-regulation, low-taxation, high growth economy? The winners are people who have a low debt load and relatively high net worth. People who put 25% rather than 5% down on their homes. People who own rather than rent, people whose mortgages have locked in for 30 years the low rates of the recessionary years, rather than those whose credit scores only allowed them to get variable-rate mortgages and who based their buying power on the near-zero-rates of yore. Winners in Trumpian economies are people who don’t buy everything on credit, who don’t carry high balances on a multitude of credit cards. People whose compensation packages are more cash than benefits, more salary than pension. Crucially, these are people who can foresee upward mobility in their careers, mobility that would allow them to offset the rising cost of living. Who are these people? Small business owners for sure, but also professionals, mid to upper level employees in the private sector, retirees who have strong stock market portfolios hedged with precious metals, portfolios whose exceptional growth of late runs far ahead of any uptick in inflation. In short: the classic Republican voters. 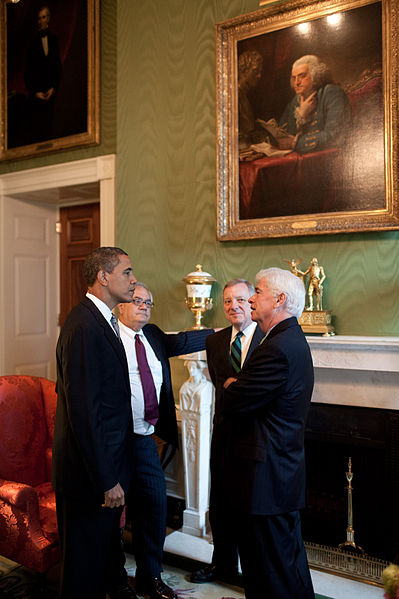 But how about the losers? If you live paycheck to paycheck in a rented apartment, Trump’s booming economy is your nemesis, not your friend. Yes, you are employed. Yes, they recently gave you fifteen bucks an hour instead of twelve. But your landlord has already informed you that he will be raising the rent when your lease is due, because demand is just off the charts and you will have to move even further out of the city center where you work. But gas is more expensive and so is everything else for your car and the extra time you spend commuting is less time you can relax, less time you can spend with your family. Fifteen bucks an hour is all she wrote for you; there are no more raises on the horizon, no promotions, not with your level of education. Prices will rise, you will fall further behind. In Trump’s economy, you are the loser.

If you have a government job, it is great. I mean it’s valued in the millions. Millions that you will get in your thirty or so years of retirement. But how about now? Now, your take home pay, which is a relatively small portion of your total compensation package, has ticked up a bit due to Trump’s tax cuts. But you are used to a high standard of living; your mortgage takes up most of your and your spouse’s after tax income and what remains goes towards your kids’ private school tuition, tuition that seems to be attached to one of Elon Musk’s space rockets, except unlike them it never seems to come down to earth. You thought you could never be fired no matter what you did or didn’t do. Trump says “not so fast”. You thought the size of government could never shrink, that your position could never be eliminated. Trump says “watch me”. Yes, you could maybe find a job in the private sector. No pension? No days off on every state and federal holiday? Unpaid overtime if you make over sixty grand? And you have to actually WORK? Yea, right.

Everybody is a winner in the Trumpian low-tax, high-growth, private sector oriented, full employment economy, right? Wrong. This economy makes America exceedingly powerful, that’s true. It is the only sustainable way to long-term prosperity for all that is also true. It is what made America great and the only thing that can make her great again and keep her great for generations to come. But politics is the art of the now, not of the “long arch of history”, which, with all due respect to MLK bends not to the just, but to the justly powerful. In the now, Trump’s economy has winners and losers just as Obama’s did. As it so happens, the losers of the Trump economy, both the uneducated poor and the educated government-employed elites, live in and around large urban areas. The winners, well, they occupy the exurbs and the small towns, and the farmland in between. The Constitution, with its revolutionary and unprecedented aggressive federalism, a federalism on steroids that gave us the (originally unelected) Senate with its equal number of senators per state and the Democrats’ nemesis du jour, the Electoral College, seeks to balance the interests of the losers and the winners at any given moment in time. In mathematical terms, it is a temporally smoothing function, a moving time average of sorts, seeking to prevent the pendulum from swinging too far this way or that. The Democrats are pushing to seize this moment in time to abolish the federalist mechanisms of the Constitution, giving their supporters and by extension themselves a permanent lock on power thereby creating in America a Hunger Games like Metropolitan dictatorship in which the “districts”, i.e. the less populated areas work for the benefit not of themselves, but solely that of the city dwellers and solely at their direction.

There is nothing new in this idea; it is the old “dictatorship of the proletariat” of Marxian coinage, presided over by unelected city-dwelling elites that renew their ranks via constant mutual back stabbing both metaphorical and literal. Of all the great civilizations of modernity, America is alone in not having fallen to the suicidal allure of communism. Having been inoculated against tyranny of all kinds by its prescient Founders, America still has the antibodies of personal freedom and personal choice cruising through its veins. But it is sick, very sick. The fever has not broken; the end is not assured. Slavery is indeed worse than death; take the word of those who, like me, have experienced it first-hand. Let us fight to the end, let us live free or die.