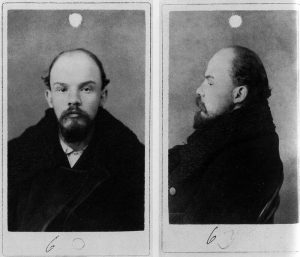 It never ceases to amaze me the way the left attempts to rewrite history. I find it especially dangerous that our millennial generation is so misinformed about the past, communism in particular. Marxism and communism did not die after the Cold War was won, they simply morphed and went underground in our media and education system, only to raise their ugly heads decades later.

On this 100th anniversary of the Russian Revolution, there have been multiple attempts in the media to paint the Bolsheviks in a better light, the most recent argument being that Vladimir Lenin and his crew were “critical to Russia’s existence.”

This is complete BS.

What most in the West do not realize, due to the lack of “education” in our education system, is that before the Communist takeover, Russia was a sophisticated empire, led by the tsarist monarchy. “Czar” is just the Russian pronunciation of Caesar — in other words, an absolute ruler.

Competency And Legitimacy In Russia, Russian Support For Castro Brothers Reminiscent Of Bolsheviks

At one point, Russia’s empire included much of the Pacific North American coast, including San Francisco. To this day, you can visit Fort Rus in House Minority Leader Nancy Pelosi’s congressional district as a tourist attraction.
Russia at the time was producing cultural giants — Tolstoy, Tchaikovsky, Dostoevsky. The country was an agricultural powerhouse, feeding most of Europe.

Then came Lenin, who immediately set about destroying his country’s cultural and economic patrimony.

What a great way to destroy a gene pool of genius — kill anyone who has a free thought or shows any sign of intelligence. Russia has never recovered. Only now, 100 years later, has Russia begun to match the agricultural output that it had prior to 1917. Russia has been unsuccessful in diversifying its economy away from the reliance on oil and natural gas since the fall of the Soviet Union. Today, the Russian economy is limping along at subpar growth, even with an increasing price of oil on international markets.

The Bolsheviks did not ensure the existence of Russia as a great power, they destroyed it.

Russian President Vladimir Putin has played a weak hand well, but he cannot overcome the forces of economics and demographics.

Russian women are not having enough babies needed to maintain the population. This is because they don’t trust in the future. They don’t believe that they will be able to afford more than one child.

A country does not recover from the destruction of its intelligentsia in just a few decades. It takes generations. The recovery will also take a new generation of leaders, ones not burdened by the Soviet experience.

Russia is remarkably blessed with natural resources. The country boasts a highly educated and culturally aware workforce. Russia is also home to a group of young entrepreneurs making breakthroughs in technology and other sectors of the economy. For the most part, the population is patriotic and would do anything for the Motherland if asked.

And yet, this is still not enough to overcome the Soviet legacy of corruption and elitism. Today, Russia is run by oligarchs who suck the lifeblood out of the country.

No, the Bolsheviks did not save Russia. They destroyed it, perhaps for centuries. For the American education system to push a more positive image of the Bolsheviks is not just dangerous, it is diabolical.

I cannot think of a worse thing to do to a child than to teach him that communism, Marxism, progressivism, liberalism — whatever you want to call it — is the way of the future.

Communism killed 200 million people, and was stopped just barely in time. The simple fact is the Bolsheviks are always only one execution away from their nirvana.

There are worrying signs in our society and culture today. They need to be arrested, quickly. If not, names like Jobs, Gates, Reagan, Breitbart and Trump will be a thing of the past.

Putin Declares He Will Get Involved In Donbass Prisoner Swap

What Would A President Trump Mean For Russia?