The recent political events in the United States have seen the Democratic Party, or rather the American Marxist Party, jump the shark. Their true agenda and morality have been exposed for all the world to see.

There is no reasoning with them anymore.

They also want to commit violence in pursuit of their goals.

There is a psychological term called projection. You can be sure, whatever these people are doing, they will accuse conservatives and Trump supporters of doing. They are openly calling for violence against normal Americans while accusing the Trump administration of enabling violence and suppressing free speech. This should be a study in group think at most universities…right up there with the Salem witch trials and the Inquisition.

Lindsey Graham was right. They want power, nothing else, and they don’t care how they get it.

They will not stop.

I am afraid there will be blood. Not from the conservative gun owners out there, but from the Leftist, crazed, Bolshevik ‘progressives’.

Yes, they are Neo-Bolsheviks; they want to destroy. They have nothing in mind to replace it, except killing white people as the professor from Georgetown so recently eloquently prescribed. It was the same in Russia in the early twentieth century, which destroyed a great civilization perhaps forever.

Yes, if they take power, some on the right will be killed, put in prison, have their possessions taken away from them. It always happens in communism. They cannot help it. 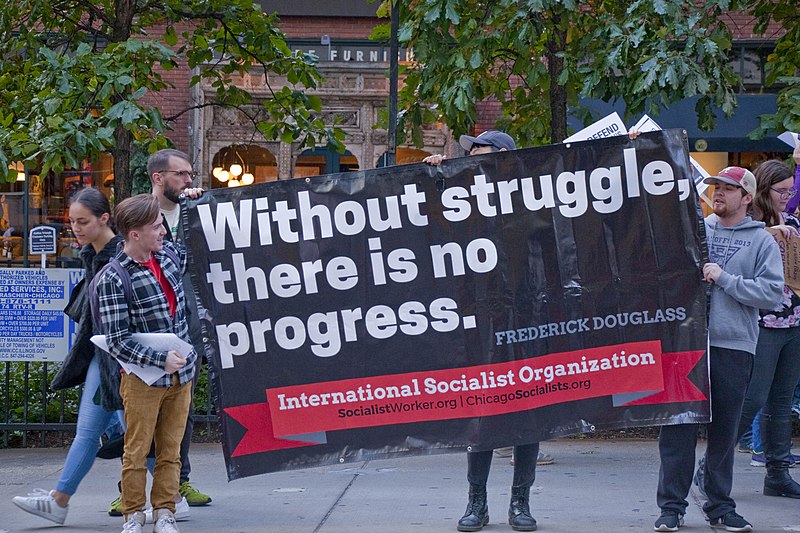 When I was reporting on Mike Cernovich’s A Night For Freedom in Washington D.C. months back, ANTIFA protesters lined up outside the venue shouting, “Not the red pill, but the lead pill!”, a reference to lining people up against the wall and shooting them. All you have to do is listen to Hillary Clinton, Mad Maxine Waters, Black Lives Matter, to get more evidence of their thirst for conservative blood.

All of these Kavanaugh protests are also allegedly funded by George Soros, the Left’s go-to guy for financially enabling the craziness in the United States and Europe. Have you thought about this? Here we possibly have ‘stop-at-nothing’ protests funded by a man who admittedly helped the Nazis round up Jewish property during the Holocaust. Don’t take my word for it, listen to it here. I’m not declaring he’s a Nazi; I’m saying he has rationalized helping the Nazis during their reign of terror.

Think about that for a moment. He’s seen all this before.

We are facing a fascist movement that will end in bloodshed. In fact, if you ask Steve Scalise, it already has, with more to come.

The only thing we can do now for our beloved America is fight like crazy at the ballot box, so the Left doesn’t get their chance to kill you and your family.

Russia Bet Everything On Bashir And Lost

The Hi-Tech Traditionalist: Why Charlottesville Changed Everything