In late 18th century Britain, prior to the French Revolution, power was more widely distributed than anywhere else in the West; in addition to a few families of the hereditary nobility, which was the standard for the rest of Europe, England had a powerful parliament that represented the interests of well-to-do merchants and professional classes. The Founding Fathers of the United States of America were well-aware of the power structures in both England and continental Europe. Consciously choosing to avoid creating a class of American hereditary nobility, they cautiously attempted to broaden the power base in America by creating popularly elected Congress and Presidency (though not Senate and Supreme Court). This gave a degree of power to literate white men, the only group of people who were allowed to vote. It was clear to the Framers that the popular vote slice of the American power pie was going to be but a small one; to be elected, one had to be better educated and richer than most. Once elected, whether to the Congress or to the Presidency, the members of the privileged classes would appoint their own kind to the Senate and the Supreme Court. So the power that was allowed by the Framers, themselves of course charter members of the American elites, to the regular folks was limited only to the power to choose who among the elites would represent them.

As the years progressed and modernity loomed with its industrial revolution, and westward expansion, and mass immigration from non-English European countries followed by the Asia-Pacific, power rapidly shifted away from the East Coast elites to regular Americans. The 13th, 14th, 17th, and finally 19th amendments to the Constitution vastly expanded the voter base, now including African Americans and women. The Senate was now popularly elected as well, giving voter more direct control of the levers of government and leaving only the Supreme Court as the sole unelected branch of government. America became so large and dynamic that talented self-made people like Abraham Lincoln and Ulysses Grant could rise to the highest levels of power. This broadening of the power base, this flow of power from East to West, from old money to new, was essential to America’s 19th and early 20th centuries dynamism and unprecedented success. 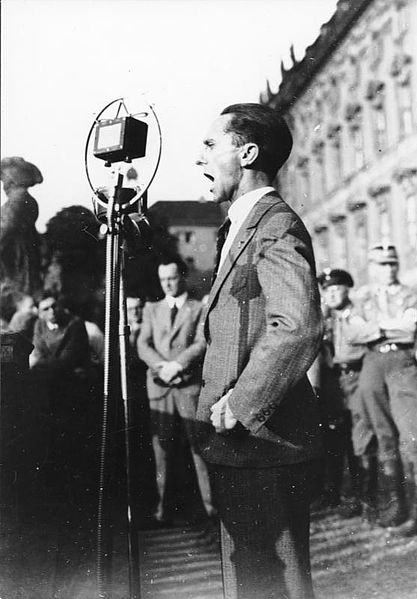 But then something happened that the Founding Fathers did not foresee: America became a global superpower and the depository, via its national currency the dollar, of all the world’s riches. This made America both stronger and weaker than its pre-superpowerdom self; in becoming progressively ever more reliant on its global leadership role, America became exposed to all the world’s deadly diseases from terrorism to totalitarianism. In seeking to protect itself from these dangers and to maintain its status as the premier superpower, America created a superclass of the unelected government bureaucrat, what we today call the Deep State. Add to this the upper echelons of the large military contractors and more recently the Big Tech and the new American ruling class was complete.

Ever since America’s emergence as the undisputed global superpower in the aftermath of the Second World War and to the present day, the power flows have been reversed. A finely crafted balance was the Framers’ original intent. America’s westward expansion and industrial success led to the disruption of this balance in favor of the people; power flowed from the few to the many. The culmination of America’s journey from a far-away refuge for Britain’s outcasts to a global superpower led to the complete reversal of the power flows; from mid-20th century forward, power would flow one way and one way only – from the many to the few. From regular Americans to unelected bureaucrats, to members of the corporate hierarchy, to Silicon Valley computer nerds with their jeans and tee-shirts costing more than bespoke tailored suits, and to the exalted halls of the American academia with their entrenched leftist totalitarianism.

These reversed power flows are, of course, the opposite of “democratic”. They are in fact an oligarchization of America, a shoe-horning of the world’s first constitutional republic into the well-worn and historically well-discredited model of Far Eastern quasi-meritocracy with its standardized exams, and endless cramming for these exams, only to get rejected because you don’t belong to one of the preferred classes of those with family connections or those fitting into the diversity quotas. 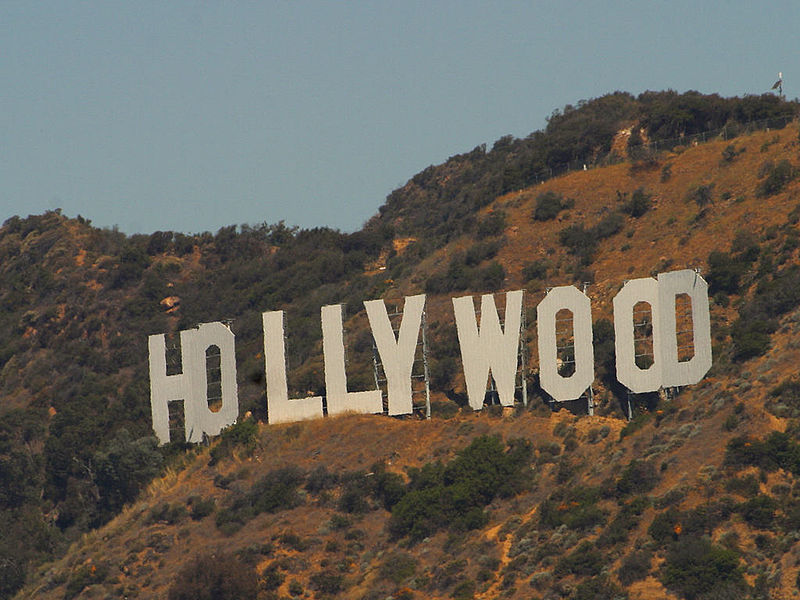 The immense size of America, the fact that any federal elected office today requires the support of hundreds of thousands and often millions of voters, raised the cost of being elected to federal office to levels that are virtually unattainable without corporate support. The inevitable outcome is that most American politicians are beholden more to their corporate paymasters than to the regular Americans who show up at the ballot box.
The situation would not, perhaps, had been so dire, if, in stark contrast to oligarchical meritocracies in the Chinese and Japanese molds, the nascent American oligarchy was composed of patriotic Americans. Reality, alas, is diametrically different. While all members of the Chinese and Japanese ruling elites are ethnic Chinese and Japanese and all of them are Chinese and Japanese nationalists and patriots, American elites are composed of large numbers of first-generation immigrants who do not understand America or its history and often despise its non-immigrant population. Those members of the American elites who are indeed American, are often compromised by a penchant for globalism and infected, no less than their immigrant colleagues by deep disdain towards regular Americans. These un-American, unelected American elites do not think twice in preferring the interests of foreigners to the interests of Americans; in fact they do so not only as a matter of maximizing power or profit, but gleefully, vindictively, often counterproductively to their own stated interests, in a way that is reminiscent of the Nazis obsession with expending crucial military resources on exterminating the remnants of European Jewry even when facing shortages and defeats on the front lines.

Laying waste to the American heartland, converting thriving towns that were major contributors to the American tax base into welfare-addicted, opiate-infested black holes for local and federal budgets is hardly something that budget-addicted bureaucrats would want to do. And yet that’s exactly what they did. Their unabating hatred for the regular American worker with deep roots in his or her community trumped their spreadsheets with their bottom lines. The Nazis didn’t want victory if the post-war world had Jews in it; today’s American elites have no interest in solidifying once and for all their grip on America if it is still populated by Americans. 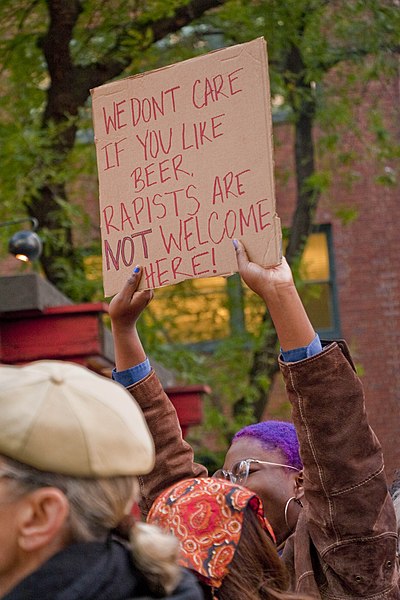 The globalist activist actress Alyssa Milano stated yesterday that if white American men had to be harmed in order for the power pendulum to swing, then so be it. In this, she was of course repeating the tired totalitarian dogma of breaking eggs while making an omelet or making woodchips when cutting trees, all excuses for mass murder popularized by the likes of Stalin and Hitler and Pol Pot, but her audience, never having studied world history in their American high schools and universities, had, needless to say, no idea of how these words precipitated the slaughter of countless millions. Alyssa, the archetypical useful idiot, was talking about the power pendulum swinging away from the so-called “patriarchy” of white men to an ill-defined conglomerate of “women” and, surprisingly, “children”. In other words, from fact to wishful thinking, from reasoned discourse to hysterical screaming, from reason to madness. But this is all a cover; Alyssa and her ilk are a Trojan horse, a worthless shell useful only for deception. Inside that horse, behind Alyssa Milano, Amy Schumer, and their band of hysterical she-demons are the jackbooted hordes of the American Nazi apocalypse.

It could be that the leaders of the American Demo-Nazi party, the Pelosis and the Schumers, have overestimated America’s love affair with its Hollywood and entertainment elites. They relied on Tinsel Town to wrap their crap sandwich of Nazi totalitarianism and thought control in an attractive packaging, good enough to fool most regular Americans. Luckily, they forgot one crucial piece of the equation; the script. Not realizing that the Left Coast comedians, clowns, and jugglers can only sing from a score prepared by someone else, they let them loose on their own. The result was ghastly. Hollywood, not being able to hide behind a script, mobilized into action for a cause it deeply believed in, was finally exposed as morally repugnant, talentless, hysterical, ugly, and most damningly, boring as hell. 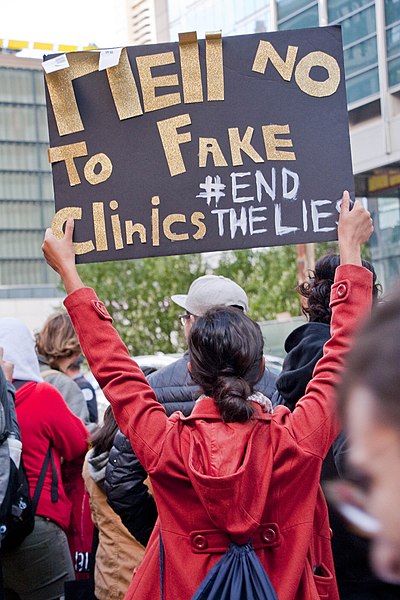 Americans are recoiling in horror from the sight of actors and actresses who are foaming at the mouth with their unabashed hatred of everything that is America. They are finding out that these ungrateful brats have nothing but disdain for the small-town America many of them come from, nothing but hatred towards the audiences that made them so fabulously rich. The entire point of the Trojan horse, of course, was to hide the Athenian hoplites inside it; to present a shiny, desirable façade, so it and its cargo of death would be taken inside the impenetrable city walls. The moral of the story is that you had better look closely at the horse’s teeth, especially if the horse comes as a gift at no cost. Amazingly, our masters have missed this self-evident truth, or simply didn’t bother to “micro-manage” Hollywood in its execution of their orders. The result was that the Hollywood-constructed Trojan horse is nothing but a high-definition, large screen projection of all the ugliness that is inside of it. Far from hiding the true nature and the true intent of the American progressive, radical, totalitarian, Nazi left, it enhances it, brings it to life, rips away its covers of expensive suits and parliamentary procedure. It projects, writ large across every iconic American neo-classical hall of power, the teeth-gnashing, hysterical, shrill and deadly face of totalitarianism. Hollywood skipped the siren song and went directly to the “f-you, you can’t die soon enough” phase of its fundamentally remaking America project. In this they committed a fatal error. When mild-mannered men, men who would have felt at home in 1776 Pennsylvania, like Chuck Grassley and Lindsay Graham reach for their gun belts, the leftist Nazis war on America has already been lost. They just don’t know it yet.