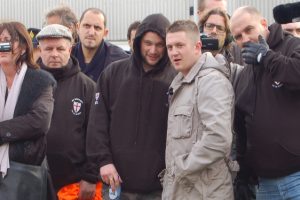 In the 1970’s post-détente USSR, the ruling Communist Party, dependent as it was on grain imports from the US and Canada to feed its population, could no longer just make dissenters disappear in the depth of the GULAG archipelago, as Solzhenitsyn had so aptly named the vast network of labor camps in Russia’s hinterlands. And in any case, the camp network was crumbling and collapsing just as everything else in that failed country. So instead, the KGB developed a workaround. This workaround involved a certain logic that could be sold on the internal public opinion market to the vast majority of citizens who simply went about their business trying to keep food on the table. The logical brainchild of the KGB was simply this: since it was undeniable that communism was the superior system of governance, and since communism was defined by, and only by, the Communist Party of the USSR, anyone who objected to communist rule had to be either an idiot or dangerously insane. Once you accepted this logic, what followed was a range of outcomes for such people, starting from the loss of employment (because who would want to employ idiots?) and continuing through forced hospitalization and confinement in mental institutions where they received “treatments” such as electroshock therapy and massive doses of psychotropic drugs. And why not? Shouldn’t the dangerously insane get all the help they deserve, free of charge, of course?

The other part of this strategy, the one intended for external consumption and directed at Western public opinion, relied on the principle of non-interference with another country’s internal affairs. “Who are you to tell our businesses whom to hire or not to hire?” The policy said. “And who are you to dictate to our psychiatrists who is crazy and what treatment they should get?” Unfortunately for the geriatric crew occupying the Kremlin at that time, the type of people against whom this new policy was directed were too smart and too well-connected in the West for it to really work. Crucially, they were also more than willing to allow themselves to be used by the organs of Western power such as the Western intelligence and propaganda agencies as weapons in the Cold War and as tools to effect the downfall of the USSR.

These so called dissidents fell roughly into two categories: Jews advocating for the USSR to open its borders and let its Jewry emigrate to Israel and Russian intellectuals who cared deeply about Russia and clearly saw in the communist dictatorship its impending doom. These people, the likes of Nathan Sharansky, Andrei Sakharov, and Alexandr Solzhenitsyn, were highly skilled and tough operators, who possessed considerable personal courage and were willing to make tremendous personal sacrifices for their cause. They were also wicked smart; in fact, where intellect was concerned, they could run circles around the Kremlin crew in their sleep. So they set about destroying the “you’re either a communist or you’re crazy” policy of the Soviet government. Through covert channels eagerly made available to them by Western embassies in Moscow they provided the Western media with detailed accounts of each person fired from their jobs or committed to an institution for opposing the regime. These stories were as true as they were horrible, and amplified through the bullhorn of the Western media they struck an immediate cord with the Western intellectual elites, who proceeded to make sure that their representatives in the Congress were well versed in the matter and would predicate any allocations towards discounted grain sales to the USSR on the release and better treatment of the dissidents. This strategy worked and by the early 1980’s the dissidents are crazy policy collapsed, to be followed in short order by the USSR itself.

So history had taught us what happens when a bunch of poorly educated rubes from a backward country, the kind of people that wear a full set of long johns under their ill-fitting suits even in the heat of summer, tries to run sophisticated opposition control in the face of a much smarter enemy well-funded and well-supported by outside interests: it fails miserably. But what happens when the oppressors are not dimwitted peasants? What happens when they have Harvard degrees and wear bespoke suits from Savile Row fabrics? What if, far from being in charge of a rust-bucket army they represent the dominant economic and military interests on the planet? And finally, what happens if their opponents, the dissidents themselves, rather than being the articulate and educated ones, are working class blokes with checkered pasts? 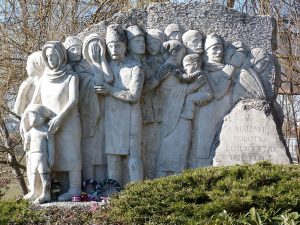 If the world were a morality play, the answer would be that justice prevails no matter the circumstances; since it isn’t, the answer is that the hapless working class dissidents, in the mold of Tommy Robinson and even Roseanne Barr get crushed. They lose their jobs, be it as baristas or sitcoms stars, never to find gainful employment again. They get doxed, hounded, and publicly flogged. In Europe, with its “hate speech” laws, they get tried and sentenced to prison. There is no help, no appeal. There are no CIA, MI-6, no external forces eager to take on their cause to try and bring down the globalist elites. And who would want to, anyway? China? China is THE globalist power of the day, deep in bed with both K-Street and Downing Street and most of Pennsylvania Avenue. Russia? They can hardly keep their pensioners from mass-rioting on the streets for basic sustenance.

A few intellectuals, Katie Hopkins in Britain, Tucker Carlson in the US, seem to be ready to take up the cause of the downtrodden indigenous peoples of Europe and North America, but their voices are small clarion calls in the vast wilderness of weaponized political correctness.

Ah, but God has a sense of humor, doesn’t He? The crowning achievement of the globalist elites, their Frankenstein, their Golem, carefully nourished from babyhood in secret government labs suckled on infinite amounts of taxpayer dollars, gingerly transferred to Silicon Valley startup incubators flush with venture capital and DARPA grants, finally lovingly IPO’ed in the globalist bastions of Wall Street and London’s City, the international Big Tech are about to prove to be the Kafkaesque instrument of their creators’ destruction. Tech’s insatiable thirst for “scale” driven by the insatiable greed of its masters means that the platforms it creates must be accessible and usable by the least common denominator of humanity. In fact, as they drive down that road, they make basic literacy and numeracy as redundant and obsolete as arrow fletching. And with that they give the downtrodden masses a tool worthy of the full arsenal of the elites; a tool to organize, to resist, to boycott, to fight back. 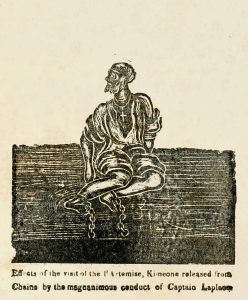 Dictatorships like the USSR and China have a very low bar for acceptance by most people. All they require is that their subjects do not externalize opposition to their policies, whatever those may be, in the public square. For most folks, as long as life is tolerable and keeps getting better even if ever so slightly, this is nothing but a fair bargain; “you do your thing and we’ll do ours”, they say to their unelected government officials. Pseudo-democracies in the Western European mold and oligarchized representative republics like the US had now become, require from their unlucky subjects much more detailed and onerous forms of obeisance. It is not enough to get them to say, as most heartland Americans used to, “we will let you do your thing as long as you leave us alone”. No, today we are required to actively acquiesce and pledge allegiance to a long list of dogmatic principles that often fly in the face of basic common sense and simple scientific fact. The list of these principles is too well known and too long to be fully presented here and new ones are minted every day, so it’s hard to keep track. Picking at random two examples from the progressive elites’ hat of tricks we can say the following: we must positively acknowledge that inundating white working class towns that have already stretched to the limit public services with people form the poorest parts of the world who carry diseases the likes of which have not been seen on these shores in many generations IS A GOOD THING. We must also acknowledge that having a UTERUS does not, under any circumstances, makes one a FEMALE. And so on.

We should also acknowledge and agree that NOT KNOWING what new dogma has been recently rolled out by our elites does not provide us with the slightest excuse for not agreeing with it. Thus it is incumbent on us to agree in advance with ANY “facts” and “axioms” that may come out from that factory of utter nonsense known as our elite academic institutions. Now, and this is both crucial and radically different from the situation in “oppressive” regimes like China and Russia, we must not only not deny the dogma given us from on high, we must actively and positively acknowledge it to be the one absolute and immutable truth and we must do so publicly and daily. Failure to live up to this expectation will result in denial of promotion, being sent to reeducation via corporate training, and likely loss of jobs and livelihood. Active denial of dogma adds public shaming and relentless bullying in America and prison terms in Europe. 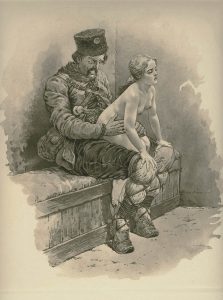 The USSR was, in the final accounting, simply too corrupt and incompetent to feed its citizenry. As a result, it had no choice but succumb to the destabilizing activities of its external enemies, well-aided by homegrown dissidents. It was a bad idea that destroyed a once great civilization and for that it deserved to die. The globalist world order, while no less corrupt and much more oppressive than the USSR could ever dream of being, is also much more economically efficient, making it a formidable adversary indeed. No earthly external sustenance is forthcoming for the deplorables among us, but God is with is, so how can we lose?

The Hi-Tech Traditionalist: Democracy Is The First Casualty Of The Globalist World Takeover